Insider politics within the Orthodox Jewish community is abuzz with discussion of whether the Orthodox Union (OU) will expel four member synagogues that have hired women clergy. This debate misses the essential nature and the very structure of the Orthodox community today.

In response to developments on the left fringes of the Orthodox-affiliating community, the Rabbinical Council of America (RCA) has issued three resolutions opposing the ordination and hiring of women clergy. The OU convened its own rabbinical panel, consisting of leading rabbis and roshei yeshiva, to which it posed these two questions:


The rabbinical panel issued a 17-page response to these two questions. To the first, it said: “For the reasons stated above we believe that a woman should not be appointed to serve in a clergy position.” To the second, the panel offered general guidelines.

No respected halachic authority has concluded to the contrary regarding women clergy.

At one point, Rabbi Shlomo Riskin wrote that Rav Eliyahu Bakshi Doron, the former Sephardic chief rabbi of Israel, approved ordaining women. However, the RCA asked Rav Bakshi Doron for confirmation and he replied in writing: “I hereby declare that God forbid, one may not ordain a woman to serve as a morah hora’ah (halachic authority) nor to be called ‘rabba’ (female rabbi).”

Despite the lack of recognized halachic support, Yeshivat Maharat, a rabbinical school for women housed in Rabbi Avi Weiss’s OU member synagogue in Riverdale, continues to ordain women. The school’s graduates are free to select their own title, some choosing rabba, some rabbi, and others less controversial titles like rabbanit. Slowly, some synagogues are hiring these graduates to work in various functions. Among these employers are OU member synagogues.

What should the OU do when its member synagogues violate rulings of multiple rabbinic bodies and the unanimous opinion of all leading halachic authorities?

To my mind, a more important question is: What difference does it make? I don’t mean this sarcastically.

In past centuries, Jewish communal organizations ruled in a literal sense. They had governmental authority to set rules, levy taxes, and punish disobedient members. Sometimes they could even execute criminals. If a pre-modern Jewish communal body disallowed a synagogue practice, all the synagogues under its authority had to cease the practice immediately or face punishment. People would not dare set foot in a defiant synagogue. In those days, excommunication meant expulsion from the community. It was practically a requirement for someone excommunicated to convert to another religion due to lack of access to basic support structures that were provided by the community.

But the Jewish community is no longer organized in a fashion that allows for excommunication.

Not necessarily. People affiliate voluntarily. They can join whichever community they want, start their own communities or choose to live a life without a formal religious community. People make their own decisions on how, or if, they observe their religion and which synagogue, if any, they attend. No one can force them to the contrary.

This means that no organization can excommunicate anyone. However, this does not mean that our communities lack organizing principles. Those principles operate based on individual choice.

Among those principles is that people who feel synagogues have crossed a line by hiring female clergy will stay away from those synagogues and their leaders. Local rabbinical councils will bar female rabbis and their male rabbinic employers. Synagogues will refrain from extending speaking invitations to rabbis who employ female clergy. People who object will stop attending those synagogues, opting for synagogues compliant with mainstream halacha.

Similarly, the leading religious authorities of Orthodox Judaism have made it very clear that the ordination and hiring of women clergy is contrary to their understanding of Jewish tradition. This is true even of Modern Orthodoxy, with public proclamations issued by both the RCA and the OU.

In other words, the OU cannot expel synagogues with women clergy from Orthodoxy by revoking their membership. The organization already facilitated that expulsion by publishing its policy forbidding the practice. Community definitions operate differently today than in the past. They are less obvious and are determined by the people, not by formal leadership. When people follow leading halachic authorities who have forbidden the practice, they — the people — effectively expel those synagogues from Orthodoxy.

What remains for the OU to decide is whether it will be consistent with its principles and revoke the membership of those deviant synagogues. There is much to say for consistency but often that can stand in the way of practical considerations. If not now, over time the organization will be unable to escape the religious need to follow the decision of the rabbinic panel it commissioned for this specific subject.

Regardless of the OU’s impending choice, the communal decision has already been made by the leading halachic authorities and those who voluntarily follow them. Expulsion has already occurred. 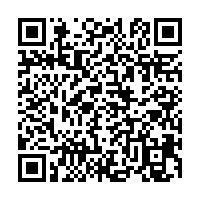