By now, we know that David N. Myers, the incoming CEO of the Center For Jewish History is a leader of the New Israel Fund, J Street, If Not Now When and Jewish Voices for Peace.


It can now also be revealed that Mr. Myers serves as a leader of the Academic Advisory Council of Scholars for Israel and Palestine, an organization which defines themselves as  “Pro-Israel, Pro-Palestine, Pro-Peace.” Among the viewpoints they espouse is “A central obstacle to a just peace between Israelis and Palestinians is the continuing occupation of the West Bank,” and that UN Security Council Resolution 242, adopted in the wake of Israel’s stunning victory in the Six-Day War, requires an end to all Israeli “occupation”.  (including the Western Wall.)

Most shockingly, according to Haaretz, the organization which Mr. Myers is a leader of  calls on “the U.S. government and European Union to impose personal sanctions on four prominent Israelis including Economy Minister and Habayit Hayehudi leader Naftali Bennett, Housing Minister Uri Ariel, and Likud MK Moshe Feiglin.”  If Mr. Myers’ organization has its way than Israeli governmental leaders would not be able to obtain visas, would have their assets frozen and would face personal international sanctions. Along these lines, Myers signed an online petition where he called Prime Minister Ariel Sharon “a war criminal,” and for him to be brought to the Hague.  Among Sharon’s crimes according to the petition Myers signed is “his rejection of the right of the Palestinian refugees to return to their original homes and lands.”(Myers has elsewhere suggested a necessity for the Palestinian right of return.)

Further as of yet unreported is that David N. Myers served as a founding member of the academic council of “Open Hillel.” Much like Myers’ support for “If Not Now When”, Open Hillel exists to “dramatically disrupt Jewish activities on campuses.” As has been reported, “The purpose of Open Hillel is “to legitimize and include groups that advance anti-Israel (and sometimes anti-Semitic) agendas in mainstream Jewish campus life.” Among the key issues of Open Hillel is that Hillel should allow BDS speakers. Myers signed an open letter in 2011 urging the Orange County District Attorney not to prosecute 11 students, members of the radical Muslim Student Union, a branch of the Muslim Student Association who orchestrated a disruption of a lecture by Michael Oren, Israeli ambassador to the United States, at the University of California, Irvine. The Center for Jewish History holds “the largest repository of Jewish historical documentation outside of Israel.” They must not allow David N. Myers to serve as the leader of this institution. The viewpoints he espouses are radical and extreme and unfitting for any Jewish leader, regardless of their academic expertise. 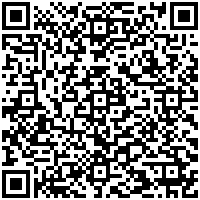