The New York based Center for Jewish History (CJH) remains embroiled in controversy with the revelation that the new CEO, David N. Myers is an active leader of the New Israel Fund, If Not Now, When, J Street and more. Jewish Voices for Peace has him listed on their website as an advisor, he claims it is inaccurate – and his writings reveal hostile-to-Israel viewpoints, including affinity for boycotts of Israel and sympathy for the Palestinian “Nakba.”

Despite these learnings, the Center for Jewish History has defended Mr. Myers and insisted he will remain in his place.  And while organizational and Israeli leaders continue to demand he be fired, facts on the ground show that CJH – the Jewish Library of Congress – has been infiltrated by Jewish Voices for Peace.

On October 26th, CJH is hosting an event for Jewish Voices for Peace (JVP), “The Balfour Declaration: Support for a Jewish Homeland or Jewish State? Is there a difference?” JVP, according to the Anti-Defamation League, is “the largest and most influential Jewish anti-Zionist group in the United States. Despite the neutral tone of its name, JVP works to demonstrate Jewish opposition to the State of Israel and to steer public support away from the Jewish State.”

On December 14th, we learn that CJH and the American Jewish Historical Society are offering JVP members reduced admission to a play entitled “Rubble Rubble”, a new play by Dan Fishback, a JVP leader.  Fishback supports BDS and has previously urged plays sponsored by the Israeli government must be boycotted. He’s openly Anti-Zionist and falsely claims Israel “seeks to systematically destroy Palestinian culture based on the identity of artists and the content of work.”

Fishback believes in a full liberation of Palestinian. In a candidacy note for JVP leadership he notes “that the only way to liberate Palestine is to liberate world Jewry from our pain, which is why I believe in organizing from a Jewish perspective, even as I look to Palestinian organizers for essential leadership, nuance and insight.” Does this belong at the Center for Jewish History?

In a 2016 op-ed, Fishback in a lengthy op-ed about the viewpoints of Anti-Zionists like himself explained he struggles with Israel’s right to exist, noting “there is something fundamentally wrong with any state that privileges one ethno-religious group over another” describing Israel as a “supremacist state.”

He claims, “A major part of Israel’s strategy to maintain its unjust regime is to normalize and glamorize Israeli life, reinforcing the notion that a Jewish supremacist state is normal, natural, fun and interesting.” He repeatedly describes Israel as an “apartheid state”, and is yearning for the liberation of all of Palestine.  Fishback writes then “…anti-Zionist Jews have been effectively blacklisted from the mainstream Jewish world, through official institutional bans as well as informal shunning in families and social groups. With anti-Zionist Jews so ostracized, we are less capable of engaging with other Jews and explaining our movements, our allies and our perspectives.”

Jewish Voices for Peace, Mr. Fishback, David N. Myers, and the American Jewish Historical Society have the right to their opinions. 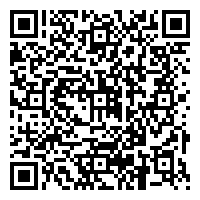