This past summer, my parents and I spent a week in Poland. I had wanted to travel there since I was twelve (I’m currently nineteen) and in July, my wish became a reality. Anyone who truly knows me, knows that I am very passionate about the subject of the Holocaust. It is this passion that drove my desire to travel to Poland. I wanted to see with my own eyes the sights of horror and the places where Jewish life flourished. I wanted to walk where both our collective Jewish Family walked, and also where my own personal family walked. Yes, I am a granddaughter of Holocaust survivors. My paternal grandparents were survivors from Radom. My maternal grandmother’s parents were from Kielce, but thank G-d, they escaped from Europe in the nick of time. As you can see, this trip would be of a personal nature to my parents and me. My family is very fortunate to have the addresses at which our family members lived and worked and so we made it a priority to find these addresses, which we did. On July 3rd 2014, the Thursday that we were in Poland, my parents and I went to Auschwitz.

Auschwitz. What can I possibly say to adequately describe what we saw there? As much as this phrase is overused, I will just have to use it; there are no words to describe Auschwitz! The one thing that I can say is that the entire time I was in Auschwitz (both Auschwitz 1 and Auschwitz 2, which is known as Birkenau) I felt an intensity that was almost tangible. I could sense that I was in a place of sheer evil. While walking through Auschwitz, our guide told us that the day beforehand, two very exceptional people had visited Auschwitz together. One of these people was Eva Mozes Kor, who is a survivor of Auschwitz. She and her twin sister survived the sadistic experiments performed on them at the hands of “Dr.” Josef Mengele. The other individual was Rainer Hoess, who is none other than the grandson of the most notorious commandant of Auschwitz. Rudolf Hoess, Rainer’s grandfather, was the commandant of Auschwitz from May 1940 to November 1943i. Rainer absolutely abhors his grandfather and has had a very difficult time dealing with his family’s Nazi past.

I first learned about Rainer Hoess from a documentary entitled “Hitler’s Children.” Hitler, himself, did not have any children, but many of the other prominent Nazis did. The documentary sets out to interview close descendants of prominent Nazis in order to gain insight into how they attempt to come to terms with their families’ pasts. One of the most moving scenes in the film occurs when Rainer Hoess is visiting Auschwitz at the same time as an Israeli youth group. After his identity is revealed to the group and the group is given the opportunity to ask him questions, a survivor of Auschwitz, who was part of the Israeli group, comes up to Rainer to shake his hand. Rainer and the survivor then hug each other, while Rainer cries.

This brings me back to my parents and me visiting Poland. On Friday July 4th, the day after my parents and I visited Auschwitz, we went to a beautiful Shabbos dinner organized by the Krakow JCC. At about midnight, we realized that we should probably head back to our hotel. As we were walking back, we passed by many people. One of these people, I recognized, but first I did a double take. On second glance, I confirmed what I had initially thought. I had just seen Rainer Hoess! I recognized him from the “Hitler’s Children” movie. He appeared to be walking with a few other people, but it is possible that he just happened to be standing beside them when we passed by each other. After seeing him, I asked my parents to stop walking and then I told them what had just happened. I explained to them that it made perfect sense for the man to be Rainer because he had just been at Auschwitz on Wednesday and Krakow is the clRicki Birnbaum is an undergraduate student at York University in Toronto. Her passion is Holocaust Studies.osest major city to Auschwitz. Furthermore, when I saw him, the feeling of recognition that arose within me was so powerful that I am convinced that the man truly had to be him. Of course, I cannot say with a hundred percent certainty that it was him, but I am pretty sure that it was. I had a bit of an urge to turn around and talk to him, but what was I supposed to say; “Hey, you! Are you the grandson of the commandant of Auschwitz?” It’s not such a great conversation starter, is it? In all seriousness, though, I was honestly shocked to the core. I was quite overwhelmed for the rest of the night until I fell asleep.

Now allow me to go back in time for a minute. Before I went to Poland, I was pretty convinced that even though I don’t cry in public, I would certainly cry in a few specific places, such as at both of my grandparents’ addresses and in Auschwitz. Well, I was wrong. I didn’t cry. In all honesty, I was quite numb in all of the places where I thought I would feel the strongest emotions. Now, though, when I noticed the grandson of one the commandants of Auschwitz walking down the street, I had to exercise every ounce of self-control so that I wouldn’t cry. I don’t know why I felt such an urge to cry at this point, but I do know that seeing Rainer Hoess was in all likelihood the most unexpected moment of my life.

Rudolf Hoess was no longer the commandant of Auschwitz by the time my grandparents and their remaining family members (minus my great-uncle Kadysz, who had escaped from a slave labour camp earlier on) were deported there. Nevertheless, Rudolf Hoess is the most known Auschwitz commandant. My great-uncle Zalman, my grandfather’s brother, was murdered in the gas chambers of Auschwitz immediately upon arrival. My great-aunt Eva, my grandmother’s sister (not to be confused with Eva Mozes Kor), was liberated from Auschwitz at the tender age of nine. The rest of my family who had been deported to Auschwitz, were later transferred to other camps.

Now think about this logically; what are the odds that a granddaughter of survivors would be safely walking down the street in Krakow with her parents, past midnight, and recognize the grandson of the commandant of Auschwitz, the very camp where her family was deported to? The odds are very slim! My parents and I are Jews, living a Jewish life, returning from a Shabbos dinner, and we bump into the grandson of a man who desperately wanted us not to exist. It is a miracle that anyone survived the Holocaust and that we, the Jewish People, have endured despite all that we have been subject to. That night, I witnessed a new overt miracle before my very eyes! My “chancing” upon Rainer Hoess was, indeed, not “chance” at all.

In memory of my great-uncle Zalman Birenbaum – Zalman ben Anshel HaKohen z”l – who was murdered in Auschwitz in the summer of 1944.

Ricki Birnbaum is an undergraduate student at York University in Toronto. Her passion is Holocaust Studies. 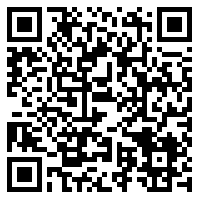