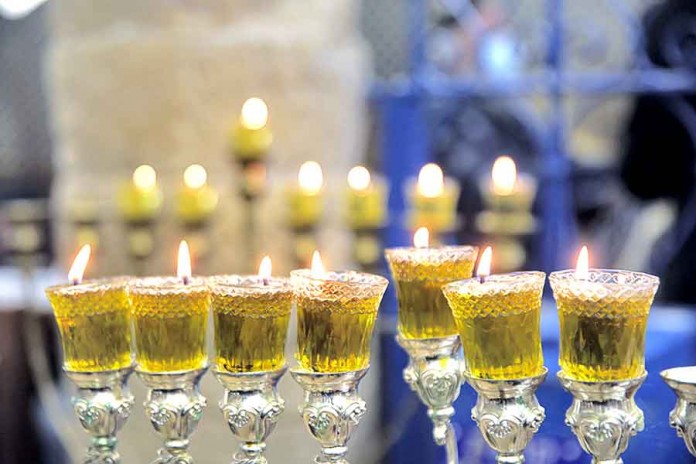 For at least 170 years, modern scholars of psychology have recognized humanity’s capacity to prove to themselves that their opinions are correct, as Charles Mackay wrote in 1852: “When men wish to construct or support a theory, how they torture facts into their service!” This tendency is commonly referred to as the “confirmation bias,” which refers to the inclination for people to perceive and interpret events in a way that confirms their way of seeing the world.

This principle has been on my mind recently with the trial in the small city of Kenosha, Wisconsin, which polarized America and generated national headlines for weeks. One side saw the case as a clear example of America’s tolerance for racially charged vigilantism, while the other side saw the defendant as an admirable youth trying to protect a local community from rioting and looting. As the trial progressed, each witness and each judicial decision was seen by each side as confirmation for their opposing narratives. We might rightly ask ourselves, how do we repair this deep division that seems to become further entrenched with each news cycle?


A lesson emerging from the Chanukah story can offer an insight into reversing this trend toward polarization. Commentators note that Chanukah’s haftara reading from Zecharia includes a verse that, on its face, seems to run counter to the celebration of the Maccabees’ military victory:

“This is the word of the L-rd to Zerubbabel: Not by might, nor by power, but by My spirit – said the L-rd of Hosts.”

But wasn’t the Chanukah story exactly because of the Maccabees’ “might and power”? Why not choose a haftara recalling the miraculous military feats of the Israelites in the book of Yehoshua or Shoftim?

If we could travel back to the time of the Chanukah story, the clarity that we now have about the Maccabees may not have been so evident. Without the benefit of prophecy, which had ended before the Second Temple was built, there was no clear direction regarding how to live under the repressive religious pressure from the ruling power of that time. To what extent should they accommodate the changing culture, and to what extent should they reject it? Were those who assimilated to the prevailing culture acting properly, as they may have served to help ingratiate the Jewish community to the foreign leaders, or were they improperly forsaking a Torah lifestyle?

One may have argued that the oppressive government having successfully installed the High Priests was confirmation that Hashem supported those who assimilated to their culture. And even if it were unequivocal that accepting the idolatrous Greek ways was in violation of the Torah’s foundational principles, would going to war against other Jews be justified? Are there other examples of the Jewish people engaging in a civil war as a result of spiritual oppression?

Supporters of the Maccabees may have argued that military victory was confirmation enough to vindicate their war, but the reality was not so simple. Unlike B’nei Yisrael’s wars in the desert in which virtually no one died, some of the leading Maccabees themselves died in combat. Additionally, following the war, the mantle of national leadership was assumed by priests, which possibly violated the requirement to grant political leadership to descendants of King David. One can imagine that each side of the Maccabee vs. Hellenistic Jews divide would interpret the events as confirming their way of seeing the world. And so, to settle any lingering doubt, in a display of overwhelming Divine kindness and compassion, Hashem added the second miracle of Chanukah, the miracle of the oil, to show the Jewish people and the world that it was His Hand, so to speak, that guided the Maccabees to military victory.

This understanding provides an additional layer of meaning to the lighting of the Chanukah candles. The basic message is one of immense gratitude to Hashem for the miracles that He did for our ancestors, and continues to do for us today – but as we light the candles, this simple act also calls on us to embrace a deep sense of humility. In a world of gray, we offer a quiet prayer that Hashem will one day restore His Presence and provide clarity in the face of uncertainty.

Perhaps it is this humility that the haftara highlights; our confidence is not justified based on our might and strength but to G-d’s grace. Without the gift of prophecy or open miracles, we recognize the limits of our own certitude. We are reminded that in addition to our passionate dedication to following the Torah as best we can, we must also be self-reflective enough to know that we are not immune from the destructive effects of confirmation bias, which serves to prejudice and distort how we see the world. Along with our deep appreciation for God’s many gifts to our nation, we also know that for much of our lives in this world, we are, as the expression goes, left in the dark.

In a world that seems to be spiraling toward increasing polarization, Chanukah’s lesson of humility lights a path toward repair. May we soon see the day of clarity envisioned by Zecharia: “And Hashem shall be king over all the earth; in that day there shall be one G-d with one Name.”