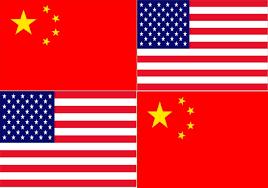 Two recent reports highlight a disturbing trend in the global power dynamic. They are not receiving much attention because of the ongoing war in Ukraine, but China is exploiting this out-of-the-spotlight moment to work smartly at increasing its influence within the Muslim world. Meanwhile, the US is squandering this moment by trying to negotiate a renewed Iran nuclear deal with Russia’s assistance.

At a recent meeting of the Organization of Islamic Cooperation’s Council of Foreign Ministers, Chinese Foreign Minister Wang Yi was a special invitee. It was the first time that a Chinese government official had ever been invited to be present at an OIC meeting. The OIC has 57 member countries, making it the world’s second-largest international organization.


According to reports, “China is investing over $400 billion in nearly 600 projects across the Muslim world under the Belt and Road Initiative.” These moves have helped China make significant strides in increasing its influence on both the policy and economic fronts with the OIC.

Consider what China has accomplished:

While this reporting comes from a Pakistani newspaper that is likely biased, it provides a sense of what Pakistan, China and others in the Muslim world see as a potential path forward for a stronger partnership with China and a diminished role for the US and the EU. Remember, in the intelligence world, some of your best intelligence is hiding in plain sight; this may be a great example.

At the same time, a speech by the United Arab Emirates Minister of Foreign Affairs and International Cooperation, His Highness Sheikh Abdullah bin Zayed Al Nahyan, shows the ongoing, strong opportunity for US-UAE relations. Speaking at the Negev Summit in Israel, he said:

“We have lost these 43 years of knowing each other better, working together, and of changing the narrative that many generations of Israelis and Arabs have been living. I think what we are trying to achieve here today is changing the narrative, creating a different future, and building on better hope for us and for our kids and grandkids.”

His speech highlights the committed and continuous effort by the UAE to be a constructive, positive voice in the Middle East for progress and for advocating helpful dialogue and the inclusion of Israel.

The Trump administration and the UAE worked together in establishing and implementing the Abraham Accords, which facilitated the recognition of Israel by the UAE and four other countries, Bahrain, Sudan, Morocco and Kosovo. It continues to be an important and historic movement.

The contrast between the international strategies of the Chinese Communist Party (CCP) and the administration of US President Joe Biden sadly could not be clearer. The CCP continues to build on opening new doors, gaining broader global influence. Reaching out to the OIC and its 1.8 billion people, the CCP makes a strong and welcoming statement. The economic investments it is making in these countries demonstrate a long-term strategic effort to enhance its position.

Contrast that to the US strategy in the Middle East. From 2009 until 2017, the Obama administration pursued a new plan for the Middle East to engage with the Muslim Brotherhood and Iran. Old alliances were discounted, compromised and dismissed.

The plan, unfortunately, was not successful. It resulted in chaos in Egypt and other Middle Eastern countries. Egypt’s President Hosni Mubarak, a flawed US ally, was deposed. His Muslim Brotherhood successor, Mohamed Morsi, did not last long. US credibility was diminished. Libyan ruler Muammar Gaddafi was overthrown by his people in an act that has resulted in instability in this vital northern Africa country ever since. Syria was dragged into an intractable civil war, which saw the rise and collapse of the ISIS caliphate.

A nuclear agreement that stupefyingly permitted Iran, an official state sponsor of terror, to acquire nuclear breakout capability in a few years, was reached in 2015 with Iran — which continued building its nuclear bomb, developing ballistic missiles and fomenting terrorism throughout the region nonetheless.

The bottom line was that the Obama-era policy in the Middle East needed a reset and the Trump administration provided it. The US reaching out to former allies and starting a long conversation led to the Abraham Accords — a positive new direction with tangible, identifiable results. There was a basis for a restored optimism in the Middle East, led by the US, the UAE, and Israel.

This opportunity has now been squandered by the Biden administration as it has downplayed the astonishing progress created by the Abraham Accords and once again has embraced an even more dangerous nuclear agreement with Iran as its top priority in the Middle East. “The United States,” notes the columnist Bret Stephens, “isn’t even negotiating directly with Tehran — the Iranians wouldn’t allow the Americans into the room, and the administration, incredibly, agreed — but is instead relying on its intermediaries.” And who are these intermediaries? China and Russia.

The new agreement with Iran, then, is based on an imaginary assistance from Russia and China, when all three countries are committed to unseating America as the world’s leading superpower and evading US sanctions on Russia for its invasion of Ukraine.

The US, in short, is sacrificing significant progress in the Middle East to help the three greatest threats to America’s international safety and security: these brutal and authoritarian regimes, China, Russia and Iran.

The actions of the past 18 months demonstrate the key challenges of American foreign policy — policies that swing back and forth from one administration to the next, creating a total lack of consistency. Secondly, they highlight the fact that one administration seems unwilling to accept or learn from the previous administration.

The Biden administration refuses to recognize the problems with failed Obama-era policies, such as the Iran nuclear deal, and refuses to build on the successes of Trump-era policies, including the Abraham Accords.

America will continue to see its international role diminish if foreign policy continues to resemble a roller coaster, changing direction every four to eight years, based more on political, partisan whims than an actual results-oriented approach. This is how China conducts its foreign policy: on the back of such American unreliability.

It is time to focus on outcomes rather than cheap, short-term political wins at home if America is truly to be effective facing the current challenges on the international front. We must stay loyal to our allies such as the UAE for the long-term for them to see the US as a reliable ally, so that they and other countries can risk taking the courageous, groundbreaking steps that they have been implementing over the last few years.

(Peter Hoekstra was US Ambassador to the Netherlands during the Trump administration. He served 18 years in the U.S. House of Representatives representing the second district of Michigan and served as Chairman and Ranking member of the House Intelligence Committee. He is currently Chairman of the Center for Security Policy Board of Advisors and a Distinguished Senior Fellow at Gatestone Institute) 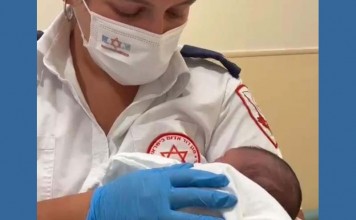