Civil liberties require a single standard without regard to party, ideology or person. The right of Nazis to their despicable free speech must be protected with the same vigor as the right of Salman Rushdie. The American Civil Liberties Union (ACLU) in particular, and good civil libertarians in general, used to live by that creed. That is what makes them different from special pleaders who limit their advocacy to those who agree or identify with them. This great tradition — that led John Adams to defend the hated British soldiers who were accused of the Boston massacre and led the old ACLU to defend the right of Nazis to march through Skokie, Illinois — has not been evident when it comes to the treatment of Donald Trump. A double standard has been manifested in a number of ways.

The most serious alleged crime cited in the Trump search warrant is under the Espionage Act of 1917. In the past, many leftist civil libertarians have railed against the breadth and scope of this law, calling it repressive and unconstitutionally vague. Among the people who were prosecuted, indicted or investigated under the Espionage Act are progressive icons such as socialists Eugene V. Debs and Charles Schenk, antiwar activists Daniel Ellsberg and Dr. Benjamin Spock, whistleblowers Julian Assange and Chelsea Manning, anarchists Emma Goldman and Alexander Berkman, as well as many others who made unpopular speeches, engaged in protests or took other actions deemed unpatriotic by the government.


But now that the shoe is on the other foot — now that the same law is being deployed against a possible presidential candidate they deplore — many of these same leftists are demanding that this accordion-like law be expanded to fit Trump’s alleged mishandling of classified material. The ACLU, which has repeatedly challenged the constitutionality and applicability of the Espionage Act to anti-government activities by left-wing radicals, is strangely silent when the same overbroad law is deployed against a political figure whose politics they deplore.

The same double standard seems to be at work regarding the FBI’s search of Mar-a-Lago. Many civil libertarians have complained about the overuse of search warrants in situations where a “less intrusive” and narrower subpoena would suffice. Even U.S. Attorney General Merrick Garland acknowledged that the policy of the Justice Department is to use measures less intrusive than a full-blown search whenever possible. Yet he did not explain why a day-long search of Trump’s home was necessary, especially since a subpoena had been issued and could have been judicially enforced if the government was dissatisfied with the progress of negotiations. Again, silence from the ACLU and other left-wing civil libertarians.

Then there is the manner by which Trump loyalists have been treated when they were indicted. Several have been arrested, handcuffed and shackled, despite not having been charged with crimes of violence and despite the absence of evidence that they were planning to flee. In my long experience, most other comparable defendants are simply notified of the charges and ordered to appear in court. Yet despite this apparent double standard, the left has been silent.

Garland commendably stated that the Justice Department is dedicated to the “evenhanded application of the law.” But recent applications of the law suggest otherwise. “Due process for me but not for thee” seems to have replaced the equal protection of the law as the guiding principle.

Perhaps the most glaring manifestation of the double standard currently at work is the different approach taken to the alleged mishandling of classified material by Trump, on the one hand, and former presidential candidate Hillary Clinton, on the other hand. No wide-ranging search warrants were sought for Clinton’s home, where private servers were apparently kept and subpoenaed material even possibly destroyed.

Then FBI director James Comey announced that no criminal prosecution has ever been taken for comparable mishandling of classified material. The same was true of former National Security Adviser Sandy Berger’s deliberate hiding of such material in his socks. Berger was administratively fined but not criminally prosecuted for willfully violating the law concerning secret documents. Yet the Espionage Act was not invoked against him.

Equal justice for Democrats and Republicans must not only be done; it must be seen to be done. There must be one law, and one application of law, for all comparable acts and persons. There must also be one standard of civil liberties — and complaints about their violation — by principled civil libertarians. The salutary goal seems to be missing from recent attempts to “get” Trump and his loyalists regardless of the principle of equal justice for friend and foe alike.

To the contrary, those of us who — despite our opposition to Trump politically — insist that the same standards of civil liberties must be applied to him as to those we support politically, have lost friends, been defamed by the media, and been canceled. This unacceptable double standard is so widespread that it endangers the rule of law and the historic role of neutral, non-partisan civil liberties that protect it from partisan weaponization. 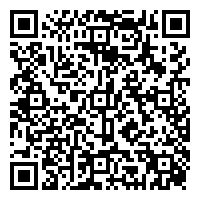