The round of escalation in the Gaza Strip wasn’t even over when Hezbollah leader Sheikh Hassan Nasrallah was already rushing to threaten another round on the northern border if Israel did not comply with his demands about the maritime border. His threats of war were only one of the reasons why this summer has been a particularly hot one, even before we shifted into high gear in the Knesset election.

But the weather isn’t making things easy, either. This summer saw record-breaking heat indices, and fleeing to Europe isn’t an option either because of the unprecedented heat waves throughout the continent. But for most Israelis, this was nothing more than a passing nuisance, one that air conditioning or a visit to the pool or beach can make bearable. Even the warnings we’ve gotten used to that the country is drying up and calls to save water aren’t making any impression. It seems that in Israel there is no lack of potable war or water for agriculture thanks to the desalination facilities built in the past decade.


Still, there is reason to worry, and not only about what lies ahead, but about what is happening all around us, outside our little piece of land, which seems to be paradise – a desert oasis.

In the Middle East, the climate crisis is not a far-distant prospect, but something happening now and creating real damage. Temperatures of over 50 degrees Celsius (122F) have been recorded in the Persian Gulf, Iran, and southern Iraq, and experts think that the future could see temperatures of 60C (140F) or even higher. In the United Arab Emirates, like Israel, people can seek haven in air-conditioned buildings, but not so much in large sections of the region, where there is no steady supply of electricity or water to homes. In the not-too-distant future large parts of the region will become unlivable for humans, forcing millions to abandon their homes and migrate north in search of other places to live, food, and work.

In our region, water is becoming a scarce and precious resource. The long-term droughts combine with heat waves to dry up the rivers and water reservoirs on which much of the region’s population depend. In Syria, weather disasters have led to economic distress that led to a bloody civil war in which half a million Syrian citizens lost their homes. The future isn’t looking bright for those who survived the war and stayed in the country, either.

Egypt, below the Nile, is no longer able to depend on the river like it used to. In addition to the climate damage, Ethiopia has built the Renaissance Dam near the source of the water, prompting Egypt to threaten war for fear that the dam would hurt the amount of water that flows into the Nile, depriving 100 million Egyptians of their potable water.

Jordan, Israel’s neighbor, is also in greater distress than it has ever been. The refugees from Syria and those from Iraq who preceded them have increased Jordan’s population from 7 million to 11 million. Jordan constantly faces shortages of water, and heat waves are increasing that shortage because they are drying up the kingdom’s reservoirs.

This crisis situation applies to most of the countries in the region, from Yemen to Iran to Oman and Lebanon.

The Middle East is turning into a disaster area, due in part to actions by humans, oppressive, corrupt, and failed regimes, but also in part due to climate change fallout.

This reality gives Israel an opportunity to anchor its status in the region as a leading nation, technologically as well as militarily, and help its allies with water supply and advanced technology. But the crisis itself is beyond Israel’s powers to contain, so it must be on guard in light of the possible instability in many Arab nations, which could affect what happens on our borders. Either way, we are no longer a villa in the jungle, but an oasis in the heart of the desert. 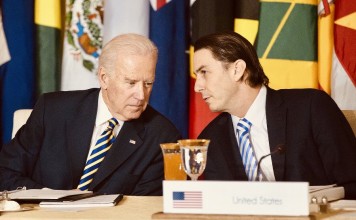 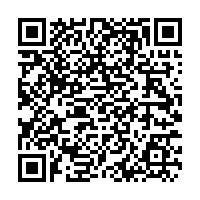