We are told that “a soldier must have a commander, and it isn’t a rabbi.” The defense minister of Israel accuses us – this writer and other Hesder rabbis – of “destabilizing the foundations of Israeli democracy, inciting toward insubordination, damaging the spirit of the Israel Defense Forces,” adding, “there is no room for such things in a civilized state.”

This is a libel – against us and against our holy Torah, whose words are good and correct. Such statements lead the public to think the rabbis are endangering the existence of the army and are designed to arouse hate and animosity toward the rabbis and their positions.

After all, who in his right mind would not be worried about those who endanger the existence of an army that is meant to protect us all? The truth, however, is that there is absolutely no contradiction between a military commander and a rabbi on issues of security, for Jewish law obligates one to listen to the commander, whether during military exercises or an actual war.

Our disagreements with the defense minister are over issues that in no way are connected to security operations, but rather with the use of soldiers against their fellow Jews.

To illustrate just how great a libel has been promulgated, I will relate what I experienced during the Second Lebanon War. At that time, a large sector of the public was suffering from the destruction of Gush Katif and the expulsion of Jews from Gaza. The prime minister, Ehud Olmert, made a miserable statement that victory over Hizbullah would enable hitkonsut (“convergence” – or, in everyday language, retreat from territory in Judea and Samaria).

A question arose from a number of reserve-duty soldiers who received a call-up before the ground forces were about to enter Lebanon: Should they go to war?

I made it clear that it was a mitzvah to go to war. Even when the heads of the army are problematic, and there are errors and obstacles in their directives, it is still a mitzvah to serve in the army. When we Jews did not have an army, our situation was far, far worse.

Some called to ask me whether it would better not to serve in the army because if we won in Lebanon we would be ensuring the future loss of land in Judea and Samaria, thus subjecting the nation to even greater danger. Again I replied – as per my obligation to do so according to my understanding of halacha – that it is a mitzvah to serve.

There were some women who pleaded for an exemption for their husbands, fearing that perhaps because the army took part in the expulsion of Jews from Gush Katif, it hadn’t prepared properly for war, and therefore the risk to the lives of their husbands would be greater. I answered that while the decision was theirs, if the question is what must be done according to halacha, the answer is that their husbands must serve.

Once the women understood it was a mitzvah, they calmed down a little, and were able to sleep at night. I, however, could not sleep.

I was sure that military commanders who for nearly two years had devoted themselves to preparing for the expulsion of Jews from Gaza would not be able to defeat the enemy, because their basic outlook was so distorted. Nevertheless, we were obligated to face the enemy together.

We had 150 students, regular soldiers and reserve, in Lebanon, and with the kindness of God they all returned peacefully, with only one moderately injured. And officers who had been students of Yeshiva Har Bracha killed numerous terrorists and brought all their soldiers home safely.

The IDF is the army of the people, and the boundaries of its use must be clear: to protect against the enemy. When our political and military officials breach this basic rule and use soldiers against their countrymen, as in the expulsion of Jews from their homes in the land of Israel, they are breaching military unity. Not only that, but a Great Divide is erected between the halacha and the military command, for according to the decisions of the great Torah scholars of the previous generation, it is forbidden to expel Jews. 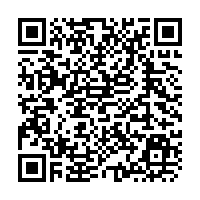