Congress is laying the groundwork to remove America from a United Nations human rights body that lawmakers claim uses American taxpayer funds to unduly target Israel for criticism and promote anti-Semitism, according to officials familiar with the effort.


A new congressional resolution gathering support among lawmakers calls out the U.N. Human Rights Council, or UNHRC, for what many allege is its virulently anti-Israel bias and urges the body to enact massive reforms or face a cut off of millions of U.S. taxpayer dollars.

Rep. Joe Wilson (R., S.C.), a member of the House Foreign Affairs Committee, is spearheading the resolution, which puts the UNHRC on notice that its targeting of Israel could lead the United States to remove itself from the body and to consider cutting off some $23 million in funding.

The effort comes amid a push by not just the UNHRC but also a number of other U.N.-affiliated bodies to target Israel for criticism and promote boycotts of the Jewish state, an effort that many describe as anti-Semitic in nature.

The UNHRC was created in 2006, but the United States did not join the organization until 2009, when former President Barack Obama came into office.

The organization has long faced accusations of anti-Israel bias for having what many describe as an obsessive focus on the Jewish state. While the organization is tasked with promoting human rights across the globe, it has issued a record 78 condemnations of Israel in past years, while ignoring abuses by countries such as Iran, China, and Russia.

“The American people need to know this particular council has incredibly condemned Israel 78 times and North Korea nine times, and has never condemned the authoritarian conduct of China or Russia,” Wilson told the Washington Free Beacon. “It has targeted Israel more than any other country.”

By continuing to be a member of the UNHRC, the United States is “giving complicity to the outrageous conduct,” Wilson said.

The UNHRC most currently took up an effort to target U.S. companies that do business with Israel and to push them into cutting ties, an effort that fits in with the Boycott, Divestment, and Sanctions movement (BDS), a global campaign to wage economic war on Israel.

Anne Bayefsky, a human rights scholar and head of the Touro College Institute on Human Rights and the Holocaust, said the U.N. efforts to blacklist American companies doing business with Israel is reason enough to withdraw from the organization.

“The fact that the U.S. taxpayer–with congressional backing–paid for the production of a U.N. report purporting to tell U.S. companies with whom they can do business, and more specifically to direct them to boycott Israel, is scandalous,” Bayefsky told the Free Beacon. “Obviously, this report alone should have been reason enough to resign from the Council, and withdraw financial support from the Office of the UN High Commissioner for Human Rights that produced it, effective immediately.”

“Putting it in context with the lack of attention to nations such as North Korea, where you have more starvation and torture and the ultimate totalitarian regime, where you have in Cuba a lack of freedoms and the abuses of human rights and dignity, and sadly this particular council has focused I believe in a very anti-Semitic and anti-Israel way of focusing condemnations on the democracy of Israel,” Wilson said.

Current UNHRC members include countries such as Rwanda, Qatar, Afghanistan, and Iraq, among many others where human rights abuses take place daily.

The latest congressional measure “condemns the United Nations Human Rights Council’s actions as wasteful and abusive,” according to a copy of the resolution, which also backs U.S. efforts to expand laws preventing boycotts of Israel.

“My view is it is so off base that we should make every effort to reform it or withdraw” from the organization, Wilson told the Free Beacon.

The resolution demands the UNHRC stop singling out Israel and enact a series of reforms to ensure that U.S. taxpayer dollars are not being spent on an anti-Semitic agenda.

Asked if the Obama administration had any success in reforming the UNHRC by becoming a member, Wilson bristled, saying the organization has become even more focused on condemning Israel since the United States joined.

“It really is sad by the thought of joining it you’d be able to reform,” he said. “It did not. And from my perspective it gave it undue credibility. The best way to address a rogue organization is not to be a member, but to withdraw. I would hope at some time we’d withdraw.” 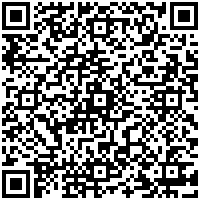