The dramatic ruling on Monday by Israel’s High Court of Justice, ordering the state to recognize non-Orthodox conversions, evoked natural outrage in the haredi community—for how does the court dare weigh in on a religious tradition? But the court’s ruling pertains to aspects of the Law of Return.


Article 4B in the Law of Return clearly states that “for the purposes of this Law, ‘Jew’ means a person who was born of a Jewish mother or has become converted to Judaism and who is not a member of another religion.”

This language is not incidental. In fact, for more than 50 years, the State of Israel has recognized Reform and Conservative conversions performed overseas, provided that they were performed within a recognized community, and those who chose this path are entitled to immigrate to Israel and become citizens.

What the High Court of Justice did was declare that such conversions stand when performed in Israel, as well, thus undermining the ultra-Orthodox Chief Rabbinate’s exclusivity in the matter.

The danger here is that Reform and Conservative conversions would be abused—that they would become a system of fast-tracking the naturalization of refugees and foreign laborers currently living in Israel.

As someone who guides people through the conversion process, I receive such inquiries daily from foreign laborers who profess their “great love for Judaism.” When I explain to them that private conversion will not grant them citizenship, I never hear from them again. Now, there may be a path to citizenship based on an imaginary process that requires nothing from them.

Chief Justice Esther Hayut noted in the ruling that “ … this is a civil-public question and not a religious question, and as the legislature has not ruled on it for more than 15 years, there was little recourse but to rule on the petitions. This does not prevent the Knesset to introduce future amendments to the Law of Return, as it sees fit.”

Lawmakers and aspiring parliamentarians would be wise to replace their outcries with actions. The court has left the door open for legislative amendments, and if the state so desires, it could find a way to counter the ruling.

Voters who feel that they wish to impact the future nature of the Law of Return and the conversion law so that they conform to the current practice should vote for parties that pledge to ensure conversion to Judaism is pursued only by those who wish to undertake it in good faith.

(Rabbi David Ben-Nissan is head of the AMI Conversion Center) 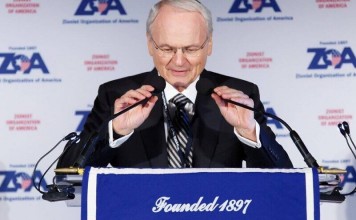 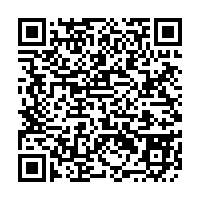