The Wall Street Journal recently featured a remarkable op-ed column by Henry Kissinger about Covid-19. What was conspicuously absent in the piece is any mention of China. Kissinger failed to mention China even once.

And it’s not like Kissinger has forgotten about China. The very last time Kissinger made headlines, at a November 14, 2019 speech before the National Committee on U.S.-China Relations, he was warning about the danger that a permanent state of conflict between the U.S. and China would pose and he now ignored China’s role in the spread of Coronavirus. The question is why.

Is the article an illustration of Kissinger’s willingness to ignore the vital security needs of America and her allies?

Kissinger still clings to his lifelong belief that dictatorships should be accepted by the West whether the dictatorships are Communist or Arab ones.

And Kissinger is most remembered by historians for two episodes.

The first was the success of his secret 1971 diplomatic mission to China, which led to the U.S. recognizing China –  and betraying Taiwan.

The second was his 1973 “Shuttle Diplomacy” aimed at forcing Israel to retreat from land it won in defensive wars. Kissinger must have realized he was forcing Israel to surrender lands to dangerous despots and risking its very survival by wanting it to go back to indefensible borders.

In both of these instances Kissinger sold U.S. allies under the bus.

In this new WSJ piece Kissinger writes: “Sustaining the public trust is crucial to social solidarity, to the relation of societies with each other, and to international peace and stability.”  But Henry Kissinger has done a great deal in his lifetime that undermined Israel’s security and now lectures us about “trust.” If Israel had launched a first strike against its enemies, many Israeli lives in would have been saved on Judaism’s holiest day but Kissinger stopped that from happening.

We know what happened on the eve of the Yom Kippur War, and  in the days that followed, from Walter Isaacson’s definitive biography, “Kissinger,” and other sources. On Yom Kippur morning, hours before the 1973 Arab invasion, Israeli Prime Minister Golda Meir was informed by her military intelligence officials that Egypt and Syria were massing their troops along Israel’s borders and would attack later that day. Kissinger successfully pressured Israel to not carry out a preemptive strike.

As soon as the Arab nations attacked, the Israelis requested a United States airlift of military supplies. Kissinger stalled the arms for an entire brutal week. The secretary of state feared an Israeli victory “would cause Israel to strengthen its resolve not to make any territorial concessions in Sinai.” Isaacson wrote, “Kissinger opposed giving (Israel) major support that could make its victory too one-sided. Kissinger told Defense Secretary James Schlesinger “The best result would be if Israel came out a little ahead but got bloodied in the process.” ”

In his 2011 book “On China” Kissinger wrote: “China remained an agnostic bystander to the American projection of power across the Muslim world and above all to the Bush administration’s proclamation of ambitious goals of democratic transformation. Beijing retained its characteristic willingness to adjust to changes in alignments of power and in the composition of foreign governments without passing a moral judgment.”

China’s failure to support the U.S. in any serious manner during the “War On Terror” that followed 9/11 is even more reason to call out its behavior now around this pandemic, not ignore it as Kissinger has done.

Kissinger’s ignoring of the central role China played in the spread of Coronavirus seeems to show that he is concerned about protecting his own reputation more than about saving lives. Were he to analyze China’s actions during this pandemic he would be forced to admit that nearly 50 years later China is still not the morally responsible nation he claimed it would quickly become as a result of U.S. recognition and friendship. Likewise, the dictatorial regime in Syria, who Kissinger famously “shuttled” to, is one of the least moral governments on the face of the planet.

In his November 14 speech, Kissinger confessed, “We are very pragmatic…and we believe the solution to these problems will bring about a permanent stability.”

And this is a problem.

He is ready to gamble that his “pragmatic” solution is the correct path and he furthermore demands that we all gamble along with him — no matter the stakes.

What cannot be understated here is that Kissinger is often very wrong. Dead wrong. Wrong “pragmatically,” as well as morally, as his behavior to Israel during the Yom Kippur War demonstrated.

When The Wall Street Journal editors saw that he chose to ignore China they should have declined to publish the article. Let’s hope next time they ask what Kissinger is trying to hide before they give him space. 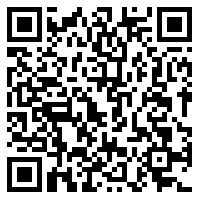