Every seven and a half years, Jews throughout the world participate in a Siyum HaShas. Photographs of Rabbi Meir Shapiro are displayed at these siyumum, where he is hailed as the man who first suggested that Jews around the world study a daf a day until they finish Shas.


Rabbi Meir Shapiro was born in 1887 in Bukovina and was, among other things, a member of the Polish Parliament and president of Agudas Yisroel. At the first Knessia Gedolah of Agudas Yisroel in 1923, Rabbi Shapiro suggested that Agudah members study one page of Gemara every day until they finish Shas. The proposal – which was put forward with crucial advice from the Chofetz Chaim – was enthusiastically received.

But contrary to popular belief, Rabbi Shapiro was not the originator of this idea. There are second-hand reports that the idea really originated with three people who for various reasons preferred that Rabbi Shapiro put forward the idea as if it were his own: the Tchortkover Rebbe, Rabbi Yisroel Friedman; the Shotzer Rebbe, Rabbi Shulem Moshkowitz; and Breslover chassid Rabbi Ben-Zion Apter.

But even if these reports aren’t true, we know for certain that over two years before the Knessia Gedolah, Rabbi Moshe Menachem Spivak (born in 1880 near Warsaw) proposed the idea in a journal called Digleinu under the heading “Hatza’ah Nichbada” (“An Honorable Suggestion”).

He writes that, in his opinion, a Chevras Shas should be established of traders, workers, craftsmen, or day laborers who will, every day between Minchah and Maariv, study a daf of Gemara in the order that the dapim appear in Shas.

Did Rabbi Shapiro know about Rabbi Spivak’s idea before he proposed it at the Knessia Gedolah? Yes. Rabbi Shapiro actually wrote a letter to Rabbi Spivak after the knessia in which he apologizes for not mentioning that the latter had first proposed the idea in Digleinu two years earlier.

Rabbi Spivak always resisted the wishes of his household and relatives who wanted to publicize these facts because he felt it would harm the name of Rabbi Shapiro or Agudas Yisroel. Not so Rabbi Spivak’s son, who fought every year to rectify what he perceived to be an insult to his father.

And yet, about 10 years before Rabbi Spivak tendered his Daf Yomi proposal, the same proposal was suggested by Rabbi Yechezkel Fraser. In other words, Rabbi Spivak was also not the first to propose the idea.

Rabbi Fraser was born in 1829 in the town of Virbalis in Lithuania and later moved to New York. His proposal appears in Yiddish in his book Porachas Hagefen – Yom Yizrael. In it, he suggests that all Shas groups unite and that each group teach the same daf in the same masechta at the same time in its own shul.

There are also – at least – four sources proposing a Daf Yomi program even before the dates given above: the Gerrer Rebbe, Rabbi Ya’akov Lorbeerbaum of Lissa, Rabbi Akiva Eiger, and the Jewish community of Moravia (in its 1759 ordinances).

In conclusion, many people suggested the idea of Daf Yomi before Rabbi Shapiro submitted it to the Knessia Gedolah in 1923. Rabbi Shapiro, however, is the one who publicized it, and thanks to his efforts and personality, it has been accepted to this day throughout the Jewish world. 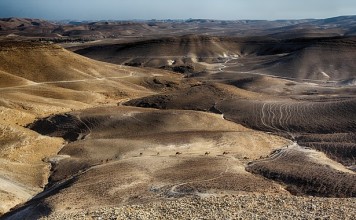 Why You Should Buy a Piece of Israel Today! – Israel Unplugged [audio]