Adapted from the sermon Rabbi Goldberg gave this past Shabbat to his congregation, Boca Raton Synagogue.

When we send our children to school, we take for granted we’ll see them at the end of the day. School is supposed to be a safe place, a nurturing environment that promotes learning, growth and happiness. And yet, this past Wednesday, a day we will never forget, Stoneman Douglas High School in Parkland, just 20 minutes from here, became a place of inconceivable and tragic devastation. Seventeen lives cut short, abruptly ended out of insanity and evil.

Each one of these horrific school shootings strike us and break our hearts, but this one happened in our backyard. If we don’t know students or staff at the school directly, we all know people who know someone who goes there or has a connection to the school.

Yesterday, my daughter and I went to the funeral of 14-year-old victim, Alyssa Alhadeff. Neither of us ever met Alyssa or her family, but we felt drawn to grieve with her community and to show solidarity with her friends and family. Their Rabbi, my friend, Shuey Biston introduced me to the parents and all I could say was, “You have never met me, but I am here representing my community to let you know how terribly sorry we are and that we are here to do absolutely anything in the world to give you strength and comfort during this painful time.”

Our hearts broke as we watched Rabbi Biston tear keriah, not only on Alyssa’s parents, but on her two young brothers and then recite with them words that almost impossible to say, but that reflect the deepest faith, God is the Judge of truth.

At the funeral we learned about how mature Alyssa was, how she excelled in soccer and was a leader among her friends. She wanted to be a doctor and help people. She was fun loving and a great big sister. Alyssa’s mom said that when she would lock the door at night, Alyssa who was fundamentally positive and optimistic would say, Mom – why are you bothering to lock the door, nothing bad ever happens in Parkland.

We heard one story, but each of these 17 victims is a unique expression of God, a world unto themselves. Children who were described as angels in their kindness and compassion. Adults including heroes like Scott Beigel was murdered because he unlocked his classroom door to let more students in, and Aaron Feis, a coach who died while pushing a student out of the way and jumping between her and the shooter.

How do we maintain any hope in the future? How do we not become pessimistic, fatalistic, lose our faith in humanity and in God? Friday was the tenth anniversary, a decade since the Merkaz Ha’Rav Massacre. Eight yeshiva boys, guilty only of the crime of learning Torah were gunned down and murdered in their yeshiva. When one learns of these incidents occur in which innocent children are murdered in cold blood, why should we maintain faith in the world, why should we believe it is safe to send our children to school?

I want to share with you an incredible midrash (Esther Rabba 7:13):

“When this decree was signed and delivered to Haman, he and all his associates began rejoicing. As it happened, Mordechai was just then walking in front of him. He saw three children coming from school and ran after them. They followed Mordechai to see what he would ask the children. When Mordechai came up to them, he asked one of them to repeat what verse that had just studied. He said: ‘Be not afraid of the sudden terror or of the destruction of the wicked when it comes.’ The second one followed and said, ‘Plan a conspiracy and it will be annulled, speak your piece and it shall not stand for God is with us.’ Then the third spoke up and quoted the verse: ‘Even when you age, I remain unchanged; and even till your ripe old age, I shall endure. I created you and I will bear you; I will endure and rescue.’ When Mordechai heard this, he smiled and was exceedingly glad. Haman said to him, why are you so happy over these words of these children? Mordechai answered: Because of the good news they have given me, that I need not fear evil that you have formed against us. Haman got angry and declared he would lay his hands on the children first.”

The Vilna Gaon (Kol Eliyahu) explains that the verses the children recited correspond with three times that Amalek attacked us and three separate methodologies they employed and yet, here we are, still standing, not only surviving, but thriving.

The Maharal explains that when Mordechai saw that the children continued to learn, that they were quoting verses and drawing from Judaism, he was confident and optimistic in the Jewish future.

When Mordechai was feeling despondent, when he was anxious about what would be and where would he find the strength to continue, he looked to the children, the school children who despite the grave threat and the horror they faced, maintained an incredible degree of optimism, hope and faith.

At Alyssa’s funeral, a few of her friends spoke in addition to her family and I was so impressed by how the message was not one of anger, bitterness or politics, but a call for honoring her memory by being kind, optimistic, good and caring to others. Rabbi Biston quoted the Rebbe who taught, when we are struck by extreme darkness, our mission is to respond with extreme light.

Our children are watching and listening to how we react to events like this week. Does it make us grow cynical, angry, hardened, pessimistic or negative? Does it cause us to lose our faith? They are looking to us, but the midrash reminds us that in these moments, we should be looking to them. We should emulate their childlike positivity, their faith and belief that all will be good.

The events of this week were tragic, but we must respond with increased faith and extreme light. Seventeen candles in our backyard were extinguished. We owe them our best effort to make our light burn a brighter and to illuminate the darkness caused by the absence of their light. 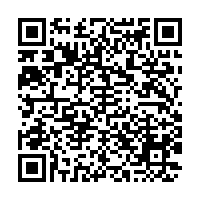