The assassination of the third secretary of the German Embassy in Paris, Ernst Vom Rath, by 17-year-old Herschel Grynszpan in early November 1938 was unquestionably a crime. Under normal circumstances, young Herschel would have been arraigned in a court of law.

But circumstances were hardly normal in November 1938. The Germans’ reaction to the act of a young Jew – a young Jew indignant at the scandalous treatment of his parents at their hands – served as a pretext for murderous mass violence against the people from whose ranks he grew.

By November 1938, both internal developments within Germany as well as international developments had conditioned Germans to accept highly intensified measures of Jewish persecution.

With the passage of the Nuremberg Laws relegating Jews to second-class citizenship in September 1935, highly respected organs of law and sensationalistic purveyors of cheap propaganda became inextricably interlaced. Anti-Jewish incitement only intensified with the end of the Berlin Olympics in the summer of 1936, during which all external signs of anti-Semitism were carefully covered up.

The molding of the Jewish image in its most classical satanic form, as the underhanded creature who seeks the destruction of the pure, naïve and trusting Aryan, had its own impeccable rhythm that sooner or later would have produced the desired results.

What expedited the process was the remarkable tolerance exhibited by the enlightened nations of the world for the public display of progressive rejection of the Jew within the fabric of the German society, and the destruction of Jewish economic independence within the larger context of the German nation. The Jew was turned into a pariah.

The turning point of German anti-Semitism from the stage of psychological and social isolation to massive physical isolation and violence was clearly marked by the Evian Conference of July 1938. The paralysis of the democratic nations searching for a solution to the Jewish refugee problem at that fateful meeting proved to the Germans the indifference of the democratic nations to the fate of the Jews.

A Nazi observer at Evian returned to Berlin with the glowing message to Hitler: “You can do what you like with the Jews, nobody is interested in them.”

Emboldened by the change in social climate and by the world’s passive response to German anti-Semitism, the Nazi government began taking measures at the end of October 1938 to expel some 20,000 resident Polish Jews who did not have German citizenship. The act was carried out with utmost brutality. One of the victims recounted at the Eichmann trial how his family was taken from their home in the middle of the night only with the clothing on their back:

“… The S.S. men were whipping us, they hit those who lingered, and blood was flowing on the road. They treated us in a most brutal manner…. I was hit and fell into a ditch. My son helped me, and he said: Run, father, run, or you will die.”

Thousands were taken to the Polish border. At the town of Zbonszyn the Germans drove them over the border and left them there without food or protection against the cold for three days. The Poles eventually put them up in stables.

From Zbonszyn, Zindel Grynszpan wrote to his son, Herschel, in Paris, relating the hardships and suffering experienced by his family and thousands of others until their transfer to Poland was completed.

Young Herschel, in his desire to call the world’s attention to the plight of the Jews, acquired a gun and entered the German embassy on Nov. 7 determined to shoot the German ambassador. When this proved impossible, he instead shot Vom Rath, the third secretary. (Ironically, Vom Rath was at that point under discreet Gestapo investigation on suspicion of sympathy toward the Jews.)

Vom Rath died of his wound two days later. That same day the following message was sent from Gestapo headquarters to the district stations: “At very short notice, aktionen against Jews, especially against their synagogues, will take place throughout the whole of Germany. They are not to be hindered.”

The action against Jews referred to in the message commenced that very evening.

The generally accepted belief that Kristallnacht – the Night of Broken Glass – was a spontaneous outbreak of popular indignation in reaction to a specific Jewish crime is a legend invented to cover up barbarity unprecedented in the modern age in the Western world. 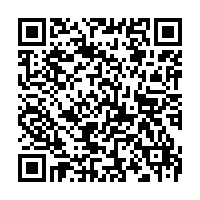