I’m glad I’m not you. I didn’t think to start this letter quite like that, but maybe it’s the right way. You are the commander of Iran’s army and you have promised to destroy my country at all costs. That’s a heck of a promise, I have to tell you.


Many have tried…including some from the same land you now occupy. For his promise, Haman of ancient Persia was hanged from the very tree he prepared to execute Mordechai, the Jew. Death comes to those who plotted against the Jew. All that Haman had, was given to the Jews and to this day, his name brings laughter to every generation of our people.

Hitler promised and today, for the grandfather he murdered, there are seven children that carry my husband’s grandfather’s name. The memory of Yeshaya Zev is blessed; Hitler forever cursed. For the people he reviled, there is a nation reborn and each day we walk in sunshine, even on the rainiest of days, because we are home.

Amalek promised…yeah, you probably never heard of him, and that was, in a large part, thanks to the Israelites. Yes, Israelites…as in Israel, Hebrews, Jews, even then, more than three thousand years ago. He attacked the weakest, showing no mercy and so he and his people are no more.

You said that “Israel only barks. No matter how much weapons are given to [it], we are going to destroy them. We will promise this task will be done.”

So, using another of my friends – Wikipedia, I learned about your history a bit. I had fallen out of touch after the Jews of Shushan, Persia were saved. With a little help, I covered your history from 678 BCE to 2015 CE (a period of 2693 years). Amazingly enough, of those approximately 2,700 years, you’ve spent 1,528 of them at war with someone, and often several someones at the same time. So, how’d that go for you? Well, let’s check.

Rounding the numbers out a bit, you’ve won 28 out of 59 wars. Not bad…just under half. Of course, 19 of those victories took place over 500 years ago. You were defeated 20 times…12 of them in the more recent part of your history.

You were involved in conflicts that lasted hundreds of years – that tells us you really have a social problem and likely need psychiatric assistance to learn to cope with anger issues and in general, just trying to get along. Apparently, you can’t even get along with yourself – over 60,000 Iranians were murdered…by Iran…or so said Ayatollah Khomeini.

We are against extremism; that is what you hold dear. We value life; you take great pleasure in threatening it.

You say that Israel only barks…which of course completely contradicts all those lies that say we spend all our lives butchering, oppressing, occupying, torturing etc. The truth is though, that we do bark… a warning…and then, for those who do not listen, we follow the bark with the ideal bite, customized as needed to suit each situation. It might be a clandestine flight into Uganda to save predominantly Jewish victims of a hijacked Air France flight; it might be planes that fly into Yemen and Sudan to bring our people home.

It might be the IDF Air Force flying in to bomb a nuclear plant in Iraq, the makings of one in Syria, and, perhaps, one day soon, into Iran as well. The bark of Israel might or might not impress you, but the bite is guaranteed to shock you, perhaps even enough to push your country back into the Middle Ages when you actually won some wars.

I was wondering about your army and your air force and how it ranks compared to others. So Google again…Israel just misses the top 10 “most powerful armies in the world” ranking in at number 11. It is, by far, the smallest army relative to the top 10, but it was immediately cited as being very powerful. Good news for you, you managed to squeak into the top 20, ranked at number 18.

As for air force, well, you don’t make the top 10…I mean, no where. In most places, you aren’t mentioned; one got you in at 20. By contrast, Israel’s air force was ranked anywhere from 3 to 8.

What about overall “best militaries in the world”? Well, Israel came in at a solid 11…not bad at all considering the size of our tiny country. The army you command, more than 15 times larger than Israel’s in size…ranks at 22.

So, army for army and air force for air force, it seems Israel isn’t the one that falls short. More importantly, as the US so kindly announced to the world, Israel has had nuclear capabilities for decades and yet, for a nation you accuse of being all “bark” – we’ve never threatened anyone with the use of those weapons. By contrast, you don’t even have them yet, and have already repeatedly threatened Israel.

So bark for bark, Iran does seem to win that comparison. It is, sadly, the only one you can win.

Our country is stronger militarily and without question, our sons and daughters are more dedicated. But more:

Lest you think the Israel beats Iran in everything:

So, Ataollah, what this all comes down to is this. Your country is a mess and you can fix it by taking care of your women and children, improving your health facilities and lowering crime…or you can mess with Israel, a country ranked by the world as having a better army, air force, dedicated soldiers and the history and the might to answer your threats.

Before it is too late, read history. The facts are all there. My people has one land, not dozens. We have one home and it will forever be ours. It is the one place where we will raise our children without fear and if that means bringing Iran to its knees, you forget you are talking to a people that has successfully outlived the Babylonians, the Ancient Persians, the Ancient Egyptians, the Roman Empire, the Crusaders, the Amalekites, the Caananites, the Phoenicians, the Nazis…and, if need be, your people as well.

Remember the lesson…death comes to those who plot against the Jew. 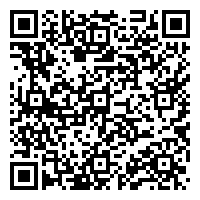