My husband and I plopped down on the couch after a Friday night dinner, ready to relax after a hard week. My parents were visiting, and we started talking about the Millennial Generation – how everything seems to be changing at such a rapid pace and the challenges that creates for raising happy children.

My parents expressed bewilderment at how much has changed over the past thirty years in terms of raising happy children. Their impression was that most young people today feel entitled, a challenge my parents did not face to the same degree when they were raising children. One of the reasons, they said, is the dizzying pace at which technology is evolving.

I agreed, especially on the matter of entitlement. It seems as though everywhere I turn, my friends are complaining about the same thing: Their kids constantly want more. No matter what they’re given, it’s not enough. One friend recently complained, “God forbid I should bring them to the supermarket. I end up spending so much more because they are there with me. Honestly, the stores know exactly what they are doing putting candy in the checkout aisle.”

I asked my mother if she had any words of wisdom on how to teach my children to be satisfied with what they have.

She began with a story that, at first, seemed unrelated.

“When I was in high school I played the flute, In fact, I loved it so much that I played in the marching band.”

Marching band? This was too much for me. It didn’t make sense. In high school she had been a popular blonde, blue-eyed bombshell. She was not only captain of her cheerleading squad but also the class salutatorian. I guess it made sense that this overachiever tackled the flute as well.

“After playing as part of the school’s marching band for some time,” she continued, “I saved up for over a year to buy my own flute. It wasn’t anything fancy or elaborate but it was mine. I didn’t have a lot of money, and I worked hard and set aside little by little. And then, one day, years later, it was gone. I think I lost it during a move to our new house.”

I looked at her as she was telling the story and realized her eyes were tearing up. Why, I wondered, did this flute mean so much to her?

“When I think about the fact that I don’t have that flute any longer, it stings. Not because of the flute itself – obviously I can just purchase another one at this stage of my life. It stings because of how long it took me to painstakingly earn it, and then it was gone in a second. It meant so much to me –probably more than anything else I’ve ever bought in my life precisely because I earned it.”

At first the story seemed unrelated to entitlement. But my mom was on to something. She wiped her eyes. “I guess I got a little sidetracked but what I’m trying to say is the best way for kids to feel satisfied with what they have is for them to earn things themselves.”

Two things happen when a child has to work and save for something. First, because he or she has to earn it, there’s a deeper level of enjoyment.

More often than not, children are on to their next “want” shortly after they’ve ripped open the box holding their new toy. (Sometimes they play with the box longer than with the toy itself.) Parents are bewildered as to why their kids don’t get more enjoyment from what they buy for them. But that’s exactly the point – the parents paid for it. When a child pays for something, there is a real sense of pride and accomplishment. When we pay for the item ourselves, we rob our children of that experience.

Second, because they have to wait for it they learn to live with delayed gratification, which also enhances the enjoyment of the item. Studies show the longer one waits for something, the longer one enjoys what he or she was waiting for.

According to studies conducted at the University of Pennsylvania, the number-one indicator of success in college students is not IQ or even aptitude. It’s the combination of a strong work ethic and the ability to delay immediate gratification.

In a famous study conducted decades ago at Stanford University, young children were handed a marshmallow and told if they waited five minutes to eat it, they would be given a second one – but if they ate their marshmallow right away they would not receive another one. Some children used different tactics to refrain themselves, such as turning and facing the other direction, or stroking the marshmallow like it was a pet, while others could not wait and impulsively ate it. The kids who were able to wait for the next marshmallow went on to have longer marriages, greater financial stability, and fewer incidents of depression.

Without instilling in our children the ability to wait and to earn, we are robbing them of the experience of real gratification and the chance to develop the tools they need for a successful future.

My mom waited a long time for that replacement flute. Forty-seven years later, for her 65th birthday party on Jan. 12, all her children and grandchildren pitched in to buy her another flute. This time monogrammed. Because she earned it.

Happiness is in the journey, not the destination. The greatest gift you can give children is to provide them the chance to create that journey for themselves instead of jumping from destination to destination, from one toy to the next.

Aeroflot Flight Delayed in Tel Aviv Because of ‘Rowdy’ Passengers 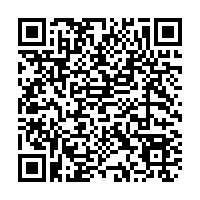