I say: Why are you so surprised? Jews are also human beings. They internalize anti-Semitism along with everyone else. In addition, centuries of persecution and abuse can lead to self-blame, identification with the aggressor, and a highly dysfunctional family life. Sometimes, a Jewish son or daughter self-defensively acts out against cold, abusive or mentally ill parents by projecting such traits onto all Jews for all time.

Since Jews really are human beings, they do not necessarily want to bear the burden of having to defend the Jewish state when doing so is unpopular or even slightly dangerous. Like others, Jews want to be liked, to fit in, to be fashionable, and they want to lead safe and happy lives without having to keep fighting for their right to exist. For such reasons, some Jews convert out or practice Judaism “light.”

Such Jews devote themselves primarily to the suffering of others, but not to Jewish suffering. Not only is it the ethical thing to do, in their view; it also allows the Jewish helper to feel powerful. If a Jew can devote herself to helping non-Jews, it means she herself must not be in any danger – and besides, accumulating brownie points in the eyes of a Jew-hating world can’t hurt.

When people ask me to explain why an appreciable number of Jews are anti-Israel or oppose the U.S. government or demonize evangelical Christians who so fervently support Israel ‘s right to exist, I may seem cool and collected as I attempt to respond. But that’s on the outside. Inside, I am screaming and figuratively tearing my hair out.

Inside, I am thanking God that I have not felt the compulsion to write a book about Jewish anti-Semitism. I can only imagine how the author of such a book would be attacked by other Jews and exploited by Jew-haters.

Fear not. It is not in me to cast a stone at Jews or against Israel at a time when so many others have assembled standing armies and mobs for this express purpose. Despite everything I know about the imperfection of the Jews, I have fallen in love with my people and with the study of our history and our Law. (Stranger things have happened.)

Thus, I do not have the luxury of exposing Jewish anti-Semitism or anti-Zionism in a hateful or righteously indignant voice. Yes, I am deeply troubled by it. Yes, it causes me to despair. Yes, it eats me up alive.

Though I may disagree with Jews who criticize Israel at this moment in history, how exactly will it help matters if I, too, rage against other Jews as opposed to wrestling with their ideas? And yet the anti-Israel rhetoric of leftist academics – including Israeli leftist academics – is frightening.

In 2003, I tried to get The New York Times to do a story about the way Israel was being demonized on college campuses. A major reporter was interested and I shared with her at least 25 e-mails written by professors who feared they would be punished if they said anything about Israel that could be perceived as positive. The reporter was stopped at “higher levels.”

I’ve spent years writing about this subject and academic, advocacy, and media-monitoring groups have subsequently emerged to do invaluable work in this area.

Thankfully, it’s easy to dismiss the most outrageous pseudo-academic views of Israel.

Israel Academia Monitor has a website that documents Israeli academic excesses. IAM cites, among many others, Prof. Oren Yiftachel of Ben-Gurion University for repeatedly denouncing Israel as an “apartheid” state; Prof. Neve Gordon, also of BGU, for declaring that Israel is becoming a fascist and terrorist state worse than Hamas; Prof. Moshe Zimmerman from Hebrew University for comparing the Torah to Mein Kampf; Paul Wexler and the late Tanya Reinhart of Tel Aviv University for calling for a worldwide boycott of Israeli universities; and Prof. Micah Leshem of Haifa University for his view of Israel as being similar to Iran and North Korea. 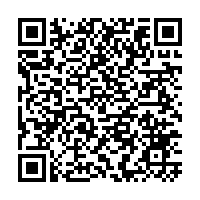