The Passover Seder liturgy tells us that in every generation an enemy arises seeking to eradicate the Jewish people. In the last hundred years, those enemies included the Russian czar, Stalin, Hitler, Gamal Abdel Nasser and, more recently, Iran’s Mahmoud Ahmadinejad.

Reviewing recent publications and utterances by some of the most vocal detractors of Israel and its American supporters, it appears that every generation also sees new critics who arise to assail American support for the Jewish state. Sometimes the criticism is actually anti-Semitic utterances masked by euphemisms (I’m not anti-Semitic, just anti-Zionist). And sometimes the criticism is actually an echo of statements made a generation ago.

We’ve heard it before.

Earlier this year, retired general and unsuccessful 2004 Democratic presidential candidate Wesley Clark warned blogger Arianna Huffington that “New York money people” are pushing America into a war against Iran. “You just have to read what’s in the Israeli press,” he said. “The Jewish community is divided, but there is so much pressure being channeled from the New York money people to the office seekers.”

The statement had a malodorous hint of anti-Semitism. Is the term “New York money people” a code for Jews? The statement elicited a distinct memory.

It was an echo of a statement made by Gen. George Scratchley Brown, chairman of the Joints Chiefs in 1974. Brown was smarting from the emergency drawdown of frontline American army equipment dispatched to Israel in the emergency airlift during the October 1973 war when Israel repelled an invasion by Soviet-armed Egypt and Syria. No military man wants to have his military toys taken away. Brown unleashed this classic anti-Semitic response at an appearance at Duke University law school on October 10, 1974:

[The American public could] get tough-minded enough to set down the Jewish influence in this country and break that lobby. We have the Israelis coming to us for equipment. We can say “we can’t possibly get the Congress to support a program like this.” And they say “don’t worry about the Congress. We will take care of the Congress.” This is somebody from another country, but they can do it. They own, you know, the banks in this country. The newspapers. Just look at where the Jewish money is.

Thirty years later, did the “New York money” line slip out of the recesses of Clark’s memory?

In the early 1970’s Wesley Clark worked in the office of the Army Chief of Staff in Washington and then taught at West Point. The 1973 Yom Kippur War was a major topic of discussion and instruction. Today, Clark rejects any suggestion that his comments were motivated by anti-Semitism.

Indeed, this son of a Jewish father was quick to assure Jewish organizations of his abhorrence of anti-Semitism. More likely, his comments reflect the milieu and culture of a young junior officer 35 years ago looking for the reasons his army’s tanks, bombs, and munitions were being taken out of European depots and turned over to Israel’s army.

Clark’s comments were not an isolated echo, however. Profs. Stephen Walt and John Mearsheimer, authors of last year’s controversial paper (and a new book being released last week) “The Israel Lobby and U.S. Foreign Policy,” also repeat and amplify the 30- and 40-year-old opinions of two of the most prominent critics of American support for Israel a generation ago: Sen. J. William Fulbright and George Ball, an undersecretary of state in the 1960’s.

Curiously, the Fulbright and Ball names did not appear even once in the professors’ voluminous footnotes in their original study. As Walt and Mearsheimer publish their new book, how many readers will realize that it is a rehash of statements made by two foreign-policy gadflies of a generation past?

Dual Loyalty: In a Senate debate in May 1960 on the Douglas amendment to the Mutual Security Act, which would force the United Arab Republic to open the Suez Canal to Israeli shipping, Senator Fulbright said that “a pressure group in the U.S. … seeks to inject the Arab-Israeli dispute into domestic politics. Americans find their foreign policy being whip-sawed by a minority pressure group. The President cannot conduct our foreign policy in the Middle East under these circumstances. That policy is being directed by minority pressure groups. In recent years, we have seen the rise of organizations dedicated apparently not to America, but to foreign states and groups.” 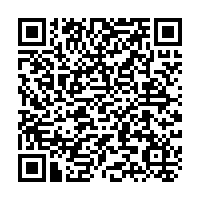