Of course, as some of us continue to try to point out, there are really only two ways to tackle these “problems.” The first is to change the opinions of all of the public. This could be tricky. It would require suppressing stories, misrepresenting events, possibly covering over the occasional beheading, the nuclear cheating, the circumvented law, the cancelled doctor, the terminated insurance policy, the high-handed directive, the repeated deception, the unequal application of the law, the unworkable economic model, the contorted cover-up, the inferior product, the false accusation, and generally trying to ensure that the general public stop noticing what is happening in the world around them.

Except that there is the internet of course, which is a nuisance. Although it is possible that some way could be found to shut down all social-networking and news sites and also persuade Google to bring up “daisies” and “recipes for apple pie” whenever anyone types “beheading” or “redistribution” or “uranium enrichment” or “Greece” into his search engine.


That is the start of one option. The other option is to de-link Islam and violence by ensuring that people stop carrying out acts of violence in the name of Islam; or to create ways for people actually to receive quality healthcare at affordable prices; or to seriously prevent Iran from acquiring a nuclear bomb, or to stop those in power from ‘making up the rules as they go along’, which as Daniel Hannan puts it, “means, in short, that there is no effective rule of law.” Those options are not easy either, but they are far easier than the first option, and ever less frequently tried. 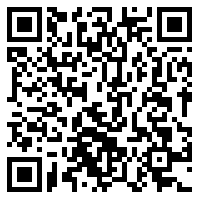