Israel’s centralized system of government has just gone a lot more centric, as one medical supply company was awarded the monopoly on medical cannabis without due process.

Israel’s government on Sunday approved a new proposed procedure that regulates the medical cannabis collected from growers and sold in approved pharmacies. The new rules, formulated by Health Minister Yael German, designate 31 MDs who will have the exclusive legal rights to approve patients who request the product to treat pain.


The law also appoints one Israeli medical supplies company, Sarel Supply & Services for Medicine LTD, to pick up the yield from local growers, package it and deliver to approved pharmacies.

Only the pharmacies will be decided according to an official bid – everybody else basically gets a license to print money from German and the Israeli government.

According to Israel Hayom, the new regulations are a source of concern to patients who have already been licensed to use medical cannabis. These patients say much of the help they’re receiving depends on their personal contact with the growers, who are able to match their particular pain with a species of the plant.

The newly approved monopoly will hardly give them the time of day, they fear.

One of the loudest voices in the campaign to make medical cannabis more readily available to patients seeking pain treatment is MK Moshe Feiglin (Likud Beiteinu) who has been as outspoken against the new rules as he has been in favor of legalizing medical cannabis.

Feiglin, who had been introduced to the area of cannabis as pain medication following his late father’s illness, wrote in his Facebook page today that he told Health Minister German: “read my lips, we’ll meet again in half a year and you’ll see things have gotten only worse.”

Feiglin, who never shies away, it seems, from lost causes, has been rebuking the attempt to award a monopoly on cannabis to the very same company that already has the monopoly on all the other drugs sold in Israeli pharmacies.

According to its own website, SAREL was founded in 1995 under a government decree by the nonprofit Society of Public Hospitals, to serve as a Group Purchasing Organization (GPO) to government hospitals and all MOH organizations. One Stop Shop, as they put it.

SAREL’s distribution systems are designed to deliver more than 50,000 medical items from company’s and suppliers inventories directly to the customer’s warehouse and end-users points throughout the country.

SAREL’s claim is that their privileged market position enables them to offer customers “a wide range of quality products from Israeli and international manufacturers, at best prices and highest availability.”

In Israel, competition in the field of medical provisions is, basically, illegal. So, tell me, when was the last time you’ve seen a monopoly deliver the best prices for anything?

“What’s the problem, really?” inquires Feiglin. “Why do they insist on making difficulties and complicating the access of so many patients to the remedy for their pain?”

Some, according to Feiglin, have suggested this is the result of corruption. “But corruption—if it exists—is the symptom, not the problem,” he argues.

There’s something about the cannabis the government and the medical establishments are unable to figure out, according to Feiglin. “It doesn’t come in a capsule with recommended doses and manufacturer instructions. They can’t really control it. They’re not really the sovereign. God is the sovereign.”

In Feiglin’s view, the curb on the growing and dissemination of cannabis is tantamount to a curb on freedom. 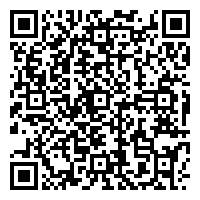