Former Prisoner of Zion Rabbi Yosef Mendelevich is back home after several days in the Shaare Tzedek Hospital, recovering from a bout of bleeding ulcers which dropped his normal 14 hemoglobin level to a life-threatening 7.

He first suffered the ailment during his 11-year imprisonment in the Gulag, where he undertook long hunger strikes to protest his right to pray, learn Torah, and keep whatever mitzvot he could. He was there for attempting to hijack an airplane to Israel in 1970 with a group of Jewish underground friends, which led to the highly publicized “St. Petersburg Trial” and woke up the Western world to the plight of Soviet Jewry.


“Israel has forgotten us,” he told me when I visited him at the hospital. He spoke matter-of-factly, without anger or personal insult.

“High schoolers in the dati-leumi school system remember us because the struggle for Soviet Jewry is a part of the curriculum. Otherwise, to most Israelis, I am just another beard in the street. In the Diaspora, where I frequently lecture on Jewish identity, the situation is pretty much the same…. In America, many Jews know absolutely nothing about modern Jewish history. The majority of assimilated Jews in America have forgotten Jerusalem – let alone the story of Soviet Jewry. Maybe one out of 10 would recognize Natan Sharansky if they passed him on the street.”

“What’s the reason for the forgetfulness in Israel,” I asked him.

“First,” he replied, “I think it’s important to clarify the importance of remembering the saga of Soviet Jewry. The history of the struggle, and our ultimate victory are glorious passages in the rebirth of our nation in Israel. Learning about this heroic chapter of Israel’s redemption strengthens Jewish identity and pride, and fills people’s hearts with optimism and faith.

“Wherever I tell my story, in Israel or in the Diaspora, people come up to me with shining eyes and thank me profusely for sharing my experience with them. Our battle to uphold our beliefs can be compared to the struggle and victory of the Hasmoneans. The Maccabees were basically a group of refuseniks and Prisoners of Zion, like we were. In both struggles we see how the power of the eternal Jewish spirit can shatter even the most iron-like regimes.”

Our discussion was interrupted when a nurse entered the room to set up Mendelevich’s second blood transfusion, after having undergone surgical treatment.

“I can suggest a positive answer to the dilemma,” he continued. “In the State of Israel, there is no shortage of heroism every day. The stories of Israel’s early settlement, the self-sacrifice of the pioneers, and the valor of our soldiers during the rebirth of the state transcend the stories of the Prisoners of Zion. Another reason for the general lack of knowledge and public indifference is that the struggle for Soviet Jewry belongs to the past…. In Israel, every day we are confronted with important new issues and challenges to our national wellbeing. The dynamic process of Israel’s ongoing redemption flows on, demanding our full attention to the here and now.

He noted, however, that the Soviet Jewry story has been neglected for ideological reasons as well. “When Ben-Gurion and his fellow socialists set up the State of Israel, they sought to control Diaspora Jewry. This ambition can be understood and even justified. The State of Israel is, and must be, the center of world Jewry. But with the KGB watching over everything, they failed [to control Soviet Jewry]. The freedom fighters established an underground aliyah movement independent of dictates from the State of Israel.

“Certainly,” he said, “Israel played a part in aiding our struggle, but nothing more substantial than this. We didn’t subjugate our actions to outside control. Therefore, our attempt to hijack an airplane was accepted in Israel very hesitantly. The same applies to the struggle of Nathan and Avital Sharansky. The Israeli government spread rumors that he was not a Zionist at all, just a dissident, or an American spy. They also spread rumors that Avital was not Nathan’s wife – all because Israel didn’t like us acting on our own.”

Surprised by his bluntness, I admitted I had never heard this side of the story. “Given this background,” he continued, “it is clear why, even now, the Israeli establishment is not interested in glorifying people who did not cooperate with them during the struggle. Natan Sharansky is an exception. Because of the tremendous worldwide attention and support he received, his standing could not be denied, and he was welcomed to join the establishment.”

The gaunt-looking rabbi, who passed out in his hotel room during a speaking tour in Ukraine before being rushed back to Israel, glanced at the drops of blood dripping down the intravenous tube. “I feel like my body is betraying me,” he remarked. “My heart and spirit have the same non-stop energy of my activist days in Russia, but my body doesn’t agree.”

I asked him how refuseniks and Prisoners of Zion in Israel have been affected by the establishment’s neglect of their stories.

“It has led to the sad and disgraceful situation whereby many heroes of the struggle spend the end of their lives in poverty. Ida Nudal tried to convince the Knesset to establish a special pension for former refuseniks, but she died without a shekel being released. The father of the refuseniks, Volodya Slepak and his wife Masha, had to leave Israel and join their children abroad because of poverty.

“During the 1970s and 1980s, many of the refuseniks who lack pension benefits were household names in Israel and in American Jewish communities, which were at the forefront of their fight for freedom. Ironically, the material side of their lives was better in Soviet Russia than it is today.

“But their financial plight is only part of the injustice. Many heroes of the struggle passed away with hardly a mention of their deaths, including Major Marc Dimshitz, commander of hijacking group; Victor Bogislavsky and Lev Cornblit, assistant editors of the Underground newsletter ETON; Vladimir Mohilever, head of the clandestine Leningrad Committee; Hillel Shur, a Leningrad activist who saved many people hunted by the KGB; Michael Sepselovich, head of the Jewish Underground printing house, and Anatoly Natan Altman, a member of the hijacking group.

“Their dignity and the dignity of the Jewish people have been tarnished. Once our stories made headlines. Now we are a big bother, if we are remembered at all. I worked for five years in the Jewish underground before I was arrested and spent 11 years in Soviet prisons because of my efforts to bring Jews to Israel. I receive no compensation or pension for that.” 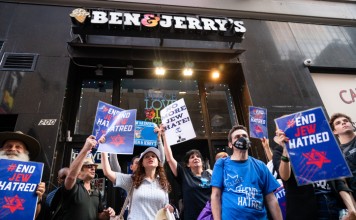 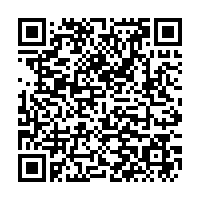