Jonathan S. Tobin, editor-in-chief of the Jewish News Syndicate, argues that Israel’s Prime Minister Benjamin Netanyahu “has nothing to worry about!” when it comes to the expected Trump plan that recognizes “Palestine” with Jerusalem as its capital, even though such a plan normally “would be fiercely opposed by the Israeli right and could potentially set off a coalition crisis.”

Why is this lack of concern? Because “Palestinians will reliably say ‘no’ to any peace deal,” making it virtually certain that “Trump’s peace plan will be dead on arrival.” Tobin does not quote but implicitly evokes Abba Eban‘s aphorism that the Arabs “never miss an opportunity to miss an opportunity.”

Even more strikingly, he argues that Trump’s prospective plan “is not an Obama-style messianic quest for peace” but “a diplomatic diversion that can give some cover to Sunni Muslim states like the Saudis, Egypt and Jordan as they join with the United States to pursue their real priority: rolling back the gains Iran made under Obama.”

In other words, Tobin contends, Trump’s “peace plan” assumes Palestinian rejection and amounts to an American-Israeli pretense to ease Saudi and other Arab cooperation with the Jewish state.

I admire Tobin as an analyst and agree with him that Trump’s ultimate goal is to forge an Israeli-Arab coalition against Iran. But I cannot subscribe to his optimism about Israel’s position; my interpretation of what lies ahead for it (as sketched out here and here) is much darker. I see (1) the Palestinian Authority saying yes to get U.S. recognition of Palestine and Jerusalem and (2) Trump’s quest for an “ultimate deal” between Israel and the Palestinians as entirely sincere and very ambitious.

On the first point: To be sure, the PA has missed innumerable opportunities but its dire circumstances today (Iran and Syria much higher priorities than it, Gaza controlled by Hamas, Mahmoud Abbas perhaps terminally sick, strong U.S.-Israel relations) resemble Yasir Arafat’s crisis 25 years ago (the Soviet Union collapsed, Saddam Hussein defeated). Just as Arafat then took the seemingly momentous step of accepting Israel’s existence, so Abbas or his successor in their moment of crisis will accept the likely demand that they renounce the Palestinian right of return to what is now Israel.

Why not? Just as Arafat immediately went back on his word about recognizing Israel (recall the endless disputation about changing the PLO Charter), so the new leader will instantly backtrack on the right of return. In other words, the PA will win American recognition of Palestine with its capital in Jerusalem, plus control of new territory in Jerusalem, by paying no price at all. Why would the PA turn down such an amazing offer?

On the second point, about the whole plan being a sham: Trump has shown great interest in achieving a Palestinian-Israeli deal that has eluded his predecessors; there is no evidence to think he is engaging in a charade. And where did the idea come from that a feint at a Palestinian-Israeli resolution would be useful to the Saudis, Jordanians, and Egyptians? Innumerable failures have not helped thus far, so why would this one mollify the Middle East’s anti-Zionists? No, unless this plan succeeds, it has no value.

And it has zero chance to succeed because it, like all peace plans, assumes that the Palestinians, if only they receive enough benefits, are ready to live peaceably with Israel. But 25 years of the Oslo Accords show otherwise; a great majority of Palestinians, which I estimate at a constant 80 percent, want the Jewish state to vaporize and are willing to pay a high personal price to see that happen. Until this Palestinian fantasy is permanently crushed, all diplomatic efforts are futile. So, it’s time to drop all “peace plans” and instead work for an Israeli victory, Palestinian defeat, and both sides moving forward from the stale, destructive, and tragic hostilities of the past century. 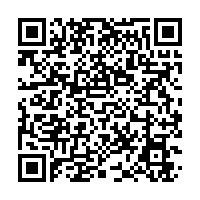