Cyprus’s banks are on the brink of collapse. As a result of a crisis that began in Greece, and as one of the 17 European countries that use the euro as their currency, Cyprus, is a victim of the euro’s domino effect, and is being dragged down by the eurocrisis, along with the entire southern rim of the eurozone.

Since last spring, Cyprus, a small country with barely one million inhabitants, has been negotiating with the other members of the eurozone about a financial bailout. When Greece was given 85 percent relief on its debts, the Cypriot banks suffered heavy losses on top of the huge losses already incurred as a result of a domestic real estate bubble. To stay afloat, Cyprus’s banks currently need some €17 bn ($23 bn) — an immense sum for a country with a 2011 GDP of only €19 bn ($25 bn) and a contracting economy.


Cyprus’s fortune, however, is its location. It is the easternmost island in the Mediterranean and of considerable strategic importance. Cyprus is like a huge aircraft carrier situated in front of Turkey, Syria, Lebanon, Israel and Egypt. In addition, huge offshore fields of gas and perhaps oil have recently been discovered in Cypriot territorial waters.

Cyprus is also the place where the Arab Spring meets the Eurocrisis. The Syrian port of Tartus hosts Russia’s only naval base in the Mediterranean. The impending fall of the Assad regime in Syria is forcing Russian President Vladimir Putin to look for an alternative to Tartus — leaving him with only one option: Cyprus.

Politically and economically, Russia and Cyprus are already closely tied. Cyprus’s President, Demetris Christofias, is the leader of the Cypriot Communist Party. He met his wife during his studies at the Russian Academy of Sciences in Moscow in the 1960s. When Russia became “capitalist,” the ties between the two countries became even closer. Thousands of wealthy Russians have put their “black money” in Cypriot banks. Although Cyprus joined the eurozone in 2008, its banks have almost no clients from other EU countries. With the exception of Greece, with which the Greek-speaking Cypriots share close cultural and historic ties, Cypriot banks cater almost exclusively to Russian oligarchs; as a consequence, tiny Cyprus is Russia’s largest foreign investor.

In November 2011, Cyprus was bailed out by a €2.5 bn loan from Russia. The eurocrisis has since deepened and more money is now urgently needed. Last June, Cyprus turned to the European Union, the eurozone’s European Central Bank (ECB) and the IMF, asking for emergency aid of at least €10 bn. In return, however, the E.U., ECB and IMF – the so-called Troika – have asked Cyprus to reform its economy. Negotiations over these “structural reforms,” such as privatization of state-owned enterprises and reduction of wages, have dragged on for almost eight months.

No agreement could be reached between the ruling Cypriot Communists, who refused to implement the reforms demanded by the Troika, and Germany, the euro’s major paymaster. Next fall, general elections will be held in Germany. With an electorate that is tired of bailing out banks and governments in Greece, Ireland, Portugal and Spain in order to save the euro – a currency which many Germans feel was forced upon them – making Chancellor Angela Merkel reluctant to come to Cyprus’s aid.

Last November, a leaked intelligence report of the Bundesnachrichtendienst (BND), the German equivalent of the CIA, made matters even more difficult for Merkel. The report asserted that a bailout of Cyprus would boil down to using German taxpayers’ money to save the funds of rich Russians, who deposited up to €26 bn in “black money” in Cypriot banks, which are now on the brink of bankruptcy. The BND accuses Cyprus of creating a fertile ground for Russian money laundering, a charge further exacerbated by the ease with which Russian oligarchs can obtain Cypriot nationality and thus gain automatic access to all the E.U. member states. The BND said 80 oligarchs have managed to gain access this way to the entire E.U.

As the financial blog Testosterone Pit explained: “Taxpayers in other countries, including those in the U.S. – via the U.S. contribution to the IMF – will be asked to [bail out] tiny Cyprus.” However, given that Chancellor Merkel has already decided that the euro must be saved at all costs, she has no other option but to bail out Cyprus, including the investments of Russian oligarchs. 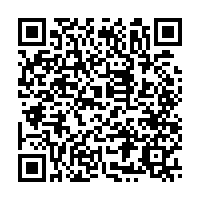