Advocates for Israel know its struggles on the public relations front are as difficult as its battles on the ground (and below it). The media’s reporting on this summer’s Gaza war boiled the entire conflict down to a simple tally sheet: Many more Gazans dead than Israelis. Ergo, Gazans worthy of sympathy, Israelis of contempt. Is anti-Semitism the reason for this amoral presentation? Certainly, but I believe there was another factor at play.

Reducing complicated stories to numbers is par for the course in today’s “just give me the figures” culture. A few quick statistics give people a sense of competence, however illusory, about a subject. This facile approach to ideas suits the modern news media very well. But it’s not without pitfalls. Especially when the accuracy of the almighty numbers is far from assured, as with the so-called civilian casualty figures from Operation Protective Edge, furnished to journalists by the Gaza Health Ministry.


Another example: The campaign against allegedly racist stop-and-frisk practices by the NYPD during the Bloomberg-Kelly administration trumpeted selective statistics (parroted by the media) that created a misleading picture of police stopping black males for sport.

Numbers permeate our culture. I’m not talking about advanced mathematics, but snapshot stats that tend to encourage snap judgments. Information is served and consumed in easy-to-digest figures that can fit in a headline, news ticker, tweet, billboard, or shidduch resumé – and, if possible, within the preconceived mindset of the intended audience.

We measure popularity in Twitter followers and Facebook “Likes.” Business…politics…advertising…the president’s foreign policy – everything rises and falls on the numbers. Even medical decisions turn on statistics, some based on flawed or tainted studies, and which take no account of intangible variables like hope and faith. In schools, standardized test scores have become the arbiter not only of the capabilities of students but also of their teachers.

This trend toward quantification has, not surprisingly, taken hold in the frum community as well. Probably the most notable example is, as mentioned above, in the shidduch scene, where too many shadchanim, singles, and parents of singles are obsessed with numbers – age, height, dress size, income, etc. These numbers tell only a piece of the story, yet any one of them is routinely relied upon to reject a potential shidduch out of hand.

The outwardly visible stats by which we evaluate ourselves and others can take our focus off more important values that can’t be quantified. The length of a woman’s skirt, the size of a man’s kippah, how many people we send mishloach manos to, what time our Seder ends on Pesach night – it’s not that these things don’t matter, but they have to reflect something deeper.

The number of hours or pages of Gemaraone learns does not indicate whether he is close to meeting his spiritual potential. The price tag of a new home, shul, yeshiva, or mikveh does not determine the degree of devotion to which its walls will bear witness.

Quality over quantity. That well-worn lesson is worth remembering this time of year. The symbol for the month of Tishrei is moznayim (a two-sided scale), the instrument upon which all of our deeds from the past year are weighed. In deliberating our judgment for the New Year, Hashem does not simply tally the raw number of each person’s mitzvos and aveiros to determine which is greater. That, after all, would not call for a scale (celestial bean-counters, perhaps?). Rather, the quality of our actions – our kavanah, the impact of our deeds on others, our attitude, the amount of internal or external resistance we face – determines their weight on the Heavenly scale. 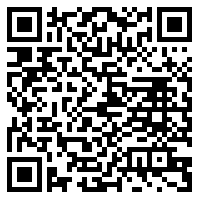