Two weeks ago, Steven Plaut wrote a front-page piece in this newspaper about the opposition of the Israeli Left to the security fence. Professor Plaut explained, correctly, that the Left came up with the idea of a fence, believing it “would create a de facto separation of Israel from the West Bank and Gaza Strip.” Much of the Left now opposes the fence,  because as implemented by Prime Minister Sharon, it deviates from the Green Line.Professor Plaut wrote:“The Left’s campaign against the wall has since moved beyond mere political rhetoric. In recent weeks, teams of Israeli leftists, together with anti-Jewish ‘anarchists’ and loony communists from the International Solidarity Movement (ISM), have been attacking the fences that comprise parts of the wall and vandalizing them with wire cutters and other tools….“Today, the wall is labeled a colonial aggression, denounced by all progressive leftists and people for peace – people so opposed to it that they are willing to risk prison, tear gas, and getting shot in the legs to tear it down or rip holes in it.”These claims are exaggerated. The ISM is absolutely abhorrent, but, fortunately, “teams of Israeli leftists” have not joined the ISM’s attacks on the fence. A few physical attacks and protests against the fence by radical left-wing Israelis have occurred. There was one Israeli – Gil Na’amati – who was shot by the IDF while trying to cut the fence. There have been a handful of extreme leftists who have attended protests against the fence, and some others who have called it colonialist or a symbol of apartheid. But such incidents are uncommon, as is the employment of terms such as “colonial aggression.” Israelis with left-wing political stances are not lining up to destroy the fence or to confront IDF soldiers protecting it.Overall, a large majority of Israelis supports the fence. A recent poll showed that 64 percent of Israelis want the Samaria city of Ariel to be inside the fence, with only 20 percent opposed. Ehud Barak is among the most vocal backers of the fence’s encompassing of the main settlement blocs. Even among the 20 percent who feel the route should follow the 1967 borders, practically none have ever joined the ISM or other groups to attack and vandalize the fence, or denounced the fence in the manner described by Professor Plaut.There is much to criticize about the Left’s position on the fence. Those who insist that it be built only along the Green Line undermine the status of communities in Judea and Samaria that most Israelis want to permanently retain. As Israel Harel wrote in Haaretz, many leftists “are hell bent on a withdrawal for its own sake….In their personal dealings, these critics probably know how to bargain and earn the highest profits, particularly if their negotiation partner is desperate and on the brink of bankruptcy. The same is not true, according to their reasoning, when the national interest is at stake.”That is inexcusable, but Professor Plaut’s charges go much further, and are applicable only to the extreme left-wing fringe, not to the typical Israeli supporter of Labor, or even Meretz. The vast majority of the latter may be foolish or naive – but not traitorous. With a very small number of exceptions, these are people who risk their lives in the IDF, give up a month each year into their 40’s to perform reserve duty, and then watch their sons and daughters go to the army. For every member of the Left who publicly announces a refusal to serve in the territories to the glee of Israel’s enemies, dozens of others quietly fulfill their duty and defend Israel from those enemies. The op-ed page of last Wednesday’s Haaretz provided an excellent example of the distinction between the mainstream left and the extreme left. Military analyst Ze’ev Schiff and former Meretz leader Yossi Sarid both wrote about the fence. Schiff, who holds moderate left-wing views, called for the route of the fence to be changed (though not necessarily to the Green Line), but conceded that changes would not “produce greater understanding in Europe for the steps Israel is taking to defend itself.” Schiff noted that “The dominant line in many places is that Israel has no right even to defend itself.”Sarid, in contrast, wrote that “Sharon’s fence is a crime against humanity” and charged that in building the fence, Sharon is “suited to serve as prime minister of South Africa in the blackest days of the apartheid that conceived the reprehensible Bantustans.” As a result of his disdain for Sharon and settlers, Sarid had no qualms about expressly offering his Haaretz screed as an affidavit to The Hague.If Professor Plaut’s accusations were limited to extremists like Sarid and the disproportionate number of rabidly anti-Zionist Israeli professors, intellectuals, and journalists, he would be on point. But targeting the entire Israeli Left is unnecessary and overbroad. 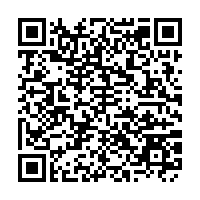