In his response last week to me and Josh Greenberger, Rabbi Dr. Natan Slifkin made a number of points. I’d like to respond to some of them:

1) Rabbi Slifkin argued that the age of the dinosaurs proves that the world is more than 5,779 years old.


First, I should note Sefer Hatemunah (a kabbalistic work quoted in Torah Ohr, p. 21d) holds that we are presently in the second of seven shemitos, each lasting 7,000 years. This opinion is based on the statement in Bereishis Rabba “that the Holy One Blessed Be He built and destroyed worlds.” Sefer Hatemunah understands this midrash literally; accordingly, the fossils of dinosaurs could feasibly be remnants of the first 7,000-year cycle.

In other words, dinosaurs may have lived in an ancient era of their own, but this world – the second cycle we’re in – is 5,779 years old and was created in six days as per the Torah’s description. (The Arizal, incidentally, disagrees with Sefer Hatemunah and maintains that the midrash is referring, not to physical worlds, but to the divine spiritual realms of Tohu and Tikun.)

More importantly, there is no reason to believe that dinosaur fossils prove anything about the antiquity of the world. In a letter many years ago, the Lubavitcher Rebbe argued that G-d Himself may have placed dinosaur fossils in the ground. Fossils do not prove that dinosaurs ever existed no matter what scientific analysis is done of them.

Creation ex nihilo is far more miraculous than placing bones in layers of rock. So if we accept the former, is it so farfetched to say G-d is testing us by having placed fossils in the earth? Perhaps He’s telling us: “If you accept My revelation at Sinai and the account of creation through my servant Moshe, I’m sure you’ll find ways to explain the presence of fossils that seem to contradict my scriptural Divine text.”

2) Rabbi Slifkin implied that I argued that we must follow the Ramban and reject the Rambam. I did no such thing. I just wanted to underscore the difficulties inherent in the Rambam’s way of interpreting some Torah passages allegorically and present the Ramban’s strong opposition to doing so.

I also wanted to stress that the Rambam never interprets the Torah in a way that would generate any change in halacha. The Lubavitcher Rebbe actually goes to great lengths to reconcile a halachic detail connected to the visit of the three angels with the Rambam’s view that the story occurred, not literally, but b’nevuah.

The Talmud is full of biblical interpretations to support various halachos. All these interpretations follow certain established methods rooted in the oral tradition. Rabbi Slifkin argues that an allegorical explanation of “G-d’s two eyes” serves as the basis of Ravina’s opinion (Chagiga 2a) that the half-blind are exempt from aliyah l’regel. But he’s mistaken. “G-d’s two eyes” are not even mentioned in the verse in question! The explanation, as Tosafos and the Maharsha explain, depends on two ways of reading the same word – either through mikra or massores – as any Talmud student can readily ascertain. It has absolutely nothing to do with allegory.

3) Finally, I wonder what part of my op-ed prompted Rabbi Slifkin to state that “it is a tragic mistake to tell many thousands of sincere educated believing Jews that they have no place in Judaism.” All I wrote is that the Rambam’s opinion that some biblical texts are allegorical could be used by reformers to make changes in halacha and wreak havoc in Judaism, as it has in the past.

Many frum Jews today are influenced by modern science, often accepting it as undeniable fact. I believe they are mistaken, but all Jews certainly do have a place in Judaism. As a Lubavitcher, I would never suggest the opposite concerning any Jew (let alone an observant Jew) regardless of his current, erroneous opinions about Judaism! 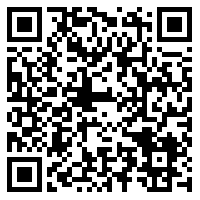