For months, protestors were in the streets in NYC, rioters destroyed countless stores and caused millions of dollars in damages while the government largely watched and allowed dismay in the city.


COVID is a worldwide pandemic which must be taken seriously by all communities – yet the Jewish community is the only one which has repeatedly been threatened and criticized by Governor Cuomo and Mayor de Blasio – a blatant double standard.

When Governor Cuomo announces today that “New York state will withhold funding from local governments that fail to enforce closures and social distancing in “red zone” hotspots, as well as from schools in those hotspots that refuse to shutter,” saying “Ramapo, Spring Valley, Orange, Rockland, we need real enforcement”, that is a double standard against Orthodox Jewish areas.

The Wall Street Journal was right this week in its editorial which noted, “..the Governor singled out religious institutions in “hot zones” for special limits. No more than 10 people allowed. A quorum of 10 men is the bare minimum for key Jewish prayers. Worse, the cap is disconnected from the science: Many synagogues are built to seat hundreds, if not thousands, and far more than 10 can pray safely.”

If large restaurants can open indoors, then why can’t synagogues?

Of course, rules should be followed, but this is selective and discriminatory enforcement.

The WSJ continued, “On Thursday the Governor even made the sweeping accusation that the Haredi community has never followed the Covid rules. New York’s Orthodox Jews have reason to feel scapegoated. Mayor Bill de Blasio and the Governor treat them as perpetrators, not victims, of Covid-19, and act as if theirs are the only communities with rising infection rates. Some other minority communities in Queens have higher rates.”

Months ago, Deblasio complained about a large outdoor funeral for an Orthodox rabbi, threatening “the Jewish community,” but in June he attended an even larger Black Lives Matter protest – how is that ok?

It brings to light Mayor Bill de Blasio’s comments that protests about racism are acceptable, but religious services are not, when he said “When you see a nation, an entire nation simultaneously grappling with an extraordinary crisis seeded in 400 years of American racism, I’m sorry, that is not the same question as the understandably aggrieved store owner or the devout religious person who wants to go back to services.”

What he is saying is certain gatherings are ok – others are not.

Ed Mechmann, director of public policy for the Archdiocese of New York was correct when he wrote, “It is clear that in the eyes of our government officials, the politically preferred viewpoint of anti-racism is favored and allowed, while the unpopular one of religious worship is belittled and denigrated.”

There is a blatant double standard taking place among Cuomo and Deblasio who don’t allow 11 Jews to pray together, but praise and allow huge protests in NYC.  There are many reasons not to attend gatherings – and I wont – but if people choose to, they should social distance, but threats against New Yorkers should be enforced equally not in a discriminatory manner.  Double standards must end. 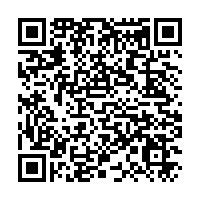