We are in the season of Sukkot, a joyous holiday. One of its most pervasive and powerful messages is the tenuousness of life. The sukkah symbolizes the idea that ultimately, we are dependent on divine care and protection.

Tenuousness is an apt theme for our upcoming elections, because we have gotten used to the idea that there is no real choice, everything continues as it was and the elections are just another iteration of the same old, same old.

This is a mistake. There are, besides the reappearance of familiar faces, different issues that demand our focus, attention and the exercise of choice.

Sometimes the great fault lines of our polity are hiding in plain sight, only to be given great visibility and clarity because of a single issue.

The recent contretemps over gas fields in the Mediterranean, disputed by Israel and Lebanon, was just such an issue. There has been an ongoing dispute over the ownership of these fields, which straddle sovereign maritime borders.

The usual give and take of such a negotiation have been compounded by the reality that it is somewhat unclear who Israel is really negotiating with. Is there a sovereign Lebanese polity that will use whatever royalties Lebanon would receive for its domestic purposes, or is the government basically a shill for Hezbollah?

We have learned that the Biden administration wants a deal to be reached and, of course, one should ask why. Some reports state that the rationales include the idea that with an injection of royalty funds, Lebanon might be able to move away from Hezbollah and Hezbollah to distance itself from Iran.

If this is true, it represents yet another completely erroneous assumption of the kind that has often marked ill-fated U.S. Middle East policy since the second Bush administration.

The issue for Israel is how to deal with this. Our sudden willingness to agree to a deal that departed substantially from our red lines and was dependent on assumptions and guarantees that a six-year-old would have laughed at laid bare the Lapid government’s determination to take its marching orders from the U.S.

The fact that Israel was once again bailed out by the manipulations of the other side, which took “yes” as an opportunity to demand even more, does not change the fact that we were willing to act in accordance with instructions, so to speak, from the U.S. instead of our own considered interests.

Lapid has been a mirror image of President Joe Biden in the sense that just as the Biden administration has done somersaults, many quite self-destructive, to distance itself from Trump, so too has Lapid bent over backwards to show he is not following in Benjamin Netanyahu’s footsteps.

Netanyahu made many mistakes and failed to address many pressing domestic issues. However, on the world stage he was a masterful custodian of Israel’s interests. He prioritized these interests over smoothing relations with his counterparts in the U.S. and Europe. In doing so, he exacerbated rifts that were already there and became a convenient whipping boy for anti-Israel forces.

But Israel’s stature on the world stage was, if anything, enhanced because of Netanyahu’s respectful willingness to say no, to communicate the message that Israel has its own values and priorities and the intention of honoring them.

It is not enough, however, merely to untether ourselves from directives issued by any other country that is driven by its own internal concerns rather than our own best interests. We must also demand of our prospective leaders that they pursue, consciously and purposefully, a Zionist platform that will enhance Israel’s status and awareness of itself as a Zionist Jewish state.

Our citizens need to see that not only is the future of the nation in their hands, but that there are choices and the choice is theirs.

May we all choose wisely and embrace those who will embrace Israel as a Zionist Jewish state. 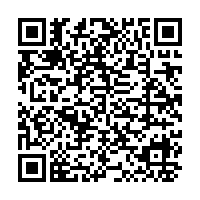