Forty years ago, the teshuvah movement was in its infancy. Since then, due to the efforts of some determined individuals, the phenomenon has blossomed, positively impacting Jewish communities worldwide. It would be beneficial to take a step back to see where we are today and what the trends are for the future.

Kiruv in its early stages was performed mostly by the Torah Umesorah day school movement and NCSY, with their emphasis on reaching children and teens. Eventually, they were joined by Chabad, Aish Hatorah, Ohr Somayach etc., where searching adults could explore their Jewish roots as well.


As time went on, intrepid young rabbis and rebbetzins from across the spectrum of Orthodoxy built outreach communities all over the country. Over the past 15 years, kiruv kollelim have sprung up and transformed once spiritual wastelands into veritable oases of Torah. The ones that especially come to mind are the Atlanta Scholars Kollel and DATA in Dallas, Texas.

The one area that had been severely neglected, however, was outreach on college campuses. The father of college kiruv was and is Rabbi Avrohom Jackobavitz, who created JAAM – Jewish Awareness America – on the campuses of University of Michigan and Michigan State. Rabbi Jackobavitz, a man of tremendous foresight and blessed with seemingly unlimited reserves of wisdom, energy and love for every Jew, had great success on his campuses. He created the Maimonides Leaders Fellowship Program, which combined 10 two-and-a-half-hour seminars with Shabbatons and field trips to Jewish communities.

Seeing the tremendous impact on his students, he wished to duplicate this success on other campuses. But kiruv rabbis were reluctant to operate on campuses due to the lack of funding for such initiatives and the decadent lifestyles that abound there. Rabbi J, as he is affectionately known, was adamant that college kiruv was of supreme value. Students are away from their parents’ influence for the first time in their lives and can make life choices fairly independently. They don’t have a family, a job, or major responsibilities to tie them down. They haven’t yet added to the 52% intermarriage rate, having only just started seriously dating at this stage.

Universities usually have only seven months of school, so there is ample free time for students to take part in transformative Jewish programs in the U.S. and Israel. The college schedule is relatively light, allowing students ample time on campus to study Torah with a rabbi. Finally, the college mindset is one of exploring new ideas and lifestyles.

R’ Jackobavitz compared the situation to a person who loses his car keys on the street. He is seen searching for them two blocks away.

“Why are you searching for your keys over here if you lost them two blocks over?” someone asks.

“I’m searching over here because on this block there is light while there are no street lamps two blocks over, “ he responds. The metaphor is obvious.

Approximately ten years ago things started to change, with new initiatives in New York, Los Angeles and Baltimore. Finally in 2004, the trickle turned into a flood. With the help of several major philanthropists, R’ Jackobavitz partnered with Rav Beryl Gershenfeld, rosh yeshiva of Machon Shlomo Yerushalayim, to launch the Maimonides Program nationwide.

Today there are 28 kiruv organizations that run the Maimonides Program and many more that do kiruv on campuses without that particular program. A familiar sight on many campuses today is that of rabbis learning with completely secular students in the middle of student centers and school cafeterias. Record numbers of students are going to Israel during winter and summer break, not just to tour but also to explore what it means to be Jewish.

These are recent developments, but they have given all of us hope as we struggle to stem the tide of intermarriage and assimilation. 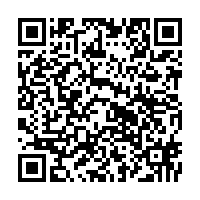