Upon the 50th anniversary of the Jewish state of Israel’s reunification of Jerusalem, there is no better time to end the propaganda myth that Jerusalem is a holy city to Muslims.

The Muslim fixation and clamor on Jerusalem is actually a very recent historical development—a product of political conflict, not historical truth.

Jerusalem rates not a single mention in the Quran, and Muslims face Mecca in prayer. In the 7th century A.D., the Damascus-based Umayyad rulers built up Jerusalem as a counterweight to Mecca. This is when the important Muslim shrines, the Dome of the Rock (691) and the Al-Aqsa mosque (705), were intentionally built on the site of the destroyed biblical Jewish temples—a time-honored practice to physically signal the predominance of Islam.

Yet references in the Quran and hadith to Muhammad’s night journey to heaven on his steed Buraq from the “farthest mosque” couldn’t mean Jerusalem, because the Quran refers to the land of Israel as the “nearest” place. It couldn’t have been a reference to the Al-Aqsa mosque, for the simple reason that Al-Aqsa didn’t exist in Muhammad’s day.

Jerusalem did, however, become a Jewish-majority city during the 19th century. The 1907 Baedekers Travel Guide lists Jerusalem with a population of 40,000 Jews, 13,000 Muslims and 7,000 Christians. Jerusalem meant so little to the Ottomans that, during World War I, they let it fall into British hands without a fight and even contemplated entirely destroying the city before pulling out.

When did Jerusalem become a passionate Islamic issue? Only with the Arab confrontation with Zionism in the 20th century. It was Mufti of Jerusalem Haj Amin al-Husseini, a vociferous anti-Semite and later Nazi collaborator, who expended enormous energy to focus Islamic attention on the city.

Seeking to foment a Muslim war on British Palestine’s Jews, he fabricated a tradition that the wall to which Muhammad was believed to have tethered his steed Buraq was not the southern or eastern walls, as Muslims had asserted for centuries, but the Western Wall, Judaism’s holiest prayer site. (The Israeli-Jordanian-Palestinian status quo agreement forbids Jewish prayer at the religion’s holiest site, the Temple Mount.) This turned the Western Wall into a flashpoint.

The massive Arab assault on Jews across British Palestine in 1929, in which 133 Jews were murdered and hundreds more maimed, was triggered by false rumors that Jews had attacked, or were intending to attack, the mosques atop the Temple Mount.

Strangely, even under the mufti, the Temple Mount was still recognized by Muslims as the site of the biblical Jewish temples. Thus, the Jerusalem Muslim Supreme Council’s publication, “A Brief Guide to the Haram Al-Sharif,” states regarding Jerusalem’s Temple Mount, “Its identity with the site of Solomon’s Temple is beyond dispute.” (After 1954, all such references to the biblical temples were excised from this publication.)

During Jordan’s illegal occupation and annexation of eastern Jerusalem from 1948-1967, Amman remained the Jordanian capital, not Jerusalem. No Arab rulers, other than Jordan’s kings, ever visited.

Neither the PLO’s National Charter nor the Fatah Constitution (the latter drafted during Jordanian rule) even mention Jerusalem, let alone call for its establishment as a Palestinian capital.

But today, Palestinian Authority (PA) officials deny Judaism’s connection to Jerusalem. PA Mufti Muhammad Hussein sneers at Jews’ “alleged Temple” and insists “Palestinians have an exclusive right…which they share with no one” to the Temple Mount. Sheikh Tayseer Tamimi, former chief justice of the PA’s religious court, insists he does not “know of any Jewish holy sites” in Jerusalem.

Today, the PA uses Jerusalem as a propaganda instrument to incite violence. In 1996, Yasser Arafat used Israel’s opening of an archaeological tunnel near the Temple Mount to incite riots on the basis of the lie that the tunnel threatened the stability of the Al-Aqsa mosque. Twenty-five Israeli soldiers and 100 Palestinian rioters were killed in the ensuing violence.

In 2015, PA President Mahmoud Abbas urged violence over Jews visiting the Temple Mount, borrowing from Haj Amin al-Husseini’s playbook the fabricated claims of Jewish assaults on the mosques. More than 30 Israelis were murdered and more than 200 Palestinians, the vast majority terrorists or rioters, were killed in subsequent attacks and clashes.

When a senior White House official told Bloomberg News this month that President Donald Trump—reneging on his pre-election promise—would not move the U.S. embassy to Jerusalem “at this time” because “we’re not looking to provoke anyone when everyone’s playing really nice,” it gave the Palestinians their latest reason to believe violence over Jerusalem reaps rewards. Far from aiding the cause of peace, the fabrication of Jerusalem’s importance to Islam enables the instigation of bloodshed. If the propaganda myth persists, expect no change.

Morton A. Klein is national president of the Zionist Organization of America (ZOA). Dr. Daniel Mandel is director of the ZOA’ s Center for Middle East Policy and author of “H.V. Evatt & the Establisment of Israel.” 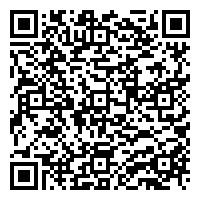