Throughout the history of the Jewish people, in good times and bad, one issue that has united Jews across every spectrum has been the fate of Jerusalem.

Even at times when the Jewish people have been extraordinarily divided, united Jerusalem has united us.


This must be seen as one of those times.

Currently, the Biden administration is pressuring Prime Minister Naftali Bennett and Foreign Minister Yair Lapid to enable the reopening of an American consulate serving the Palestinian Authority in the heart of downtown Jerusalem. This would be an unprecedented step – enabling a diplomatic mission to serve a foreign entity in another country’s capital.

Bennett and Lapid both ruled out surrendering to such a demand at a Jerusalem press conference on Saturday night. But Biden wants his campaign promise on the matter to be fulfilled at all costs, to the point that he could potentially make such a move unilaterally and illegally, against Israel’s will.

This is the time for the entire American Jewish community to unite to keep Jerusalem united, because Biden’s move is about a lot more than the consulate.

The Abraham Accords came from then-President Donald Trump making clear that there is no daylight between Israel and the U.S. He emphasized this with every step he took, from renouncing the dangerous Iranian nuclear deal, to recognizing Israeli sovereignty over the Golan Heights, to formally recognizing united Jerusalem as Israel’s capital and moving the U.S. Embassy.

Reopening the U.S. consulate for the PA would be a destructive step on the way to undo other moves courageously undertaken by President Trump for Israel, America’s closest and most loyal ally. It would be a sign that the Biden administration is purposely creating daylight with Israel again.

It is understandable that the Biden administration would want to harm the Abraham Accords, which were an unprecedented accomplishment initiated by the president’s predecessor from a rival party. But it would be completely short-sighted and would distance Middle East peace after significant progress was finally made.

This move would isolate Israel in the international community and return to the intransigent Palestinian leadership the veto power that enabled them to quash all peace overtures by Democratic and Republican presidents and secretaries of state in the past. It would also harm chances of formally expanding the Abraham Accords to other countries, most notably Saudi Arabia, which was active behind the scenes in efforts to advance Middle East peace during the Trump administration.

The diverse Israeli government, which is divided on most issues, is united in favor of expanding the Abraham Accords, so failing to do so by refocusing diplomatic energies on the Palestinians again would be a tremendous missed opportunity.

Israel desperately wants to reach out to the Biden administration, to Democrats and to self-proclaimed progressive American Jews. As part of that effort, Lapid and Finance Minister Avigdor Liberman said this week that they want to immediately proceed with a plan to change the status quo at the Western Wall, which would ignite tension.

Lapid listed several reasons why implementing the Kotel plan was important to him, including improving relations with Diaspora Jews. But the truth is that changing the status quo at the Kotel would divide both Diaspora and Israeli Jews at a time when we can least afford disunity.

Israel must refrain from taking such a divisive step at such a sensitive time.

Like the Israeli government, the American Jewish community needs to understand what is at stake, and present a unified front around keeping Jerusalem united and properly advancing peace in the Middle East. 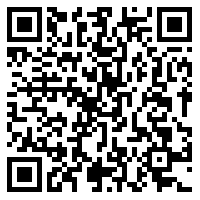