Last month, we airmen and veterans of Squadron 103, one of the oldest units of the Israeli air force, bid farewell to a comrade, Lt. Col. Moshe Naveh. His untimely death shocked us all, and as I drove to his funeral memories of our joint service came to mind.

It was on the third day of the Yom Kippur War in 1973. Since families were evacuated from the airbases, Moshe invited me to stay with him at his home. I returned from a long night flight, and when he opened the door his eyes were filled with tears: Just hours earlier, his elder brother Issachar, an F-4 Phantom pilot, was killed while trying to land his badly damaged aircraft.


Less than three years later, Moshe was part of one of the C-130 Hercules aircrews who flew to Entebbe, Uganda, to rescue the hijacked passengers of Air France flight No. 139. He never talked about it, but I felt that in his own silent way he was proudly carrying on in the footsteps of his fallen brother.

Now Moshe is gone too. As I entered the graveyard, I saw his mother. I started to mumble my condolences when this old woman, a survivor of Auschwitz, gave me a stern look.

“Spare your words,” she said dryly. “It’s between me and God.”

What could I possibly say to this woman, who had lost all her family in the Holocaust, who married another Holocaust survivor, started a new chapter in Israel and gave birth to two sons – only to lose them as well as her husband, who died heartbroken after Issachar was killed?

Nevertheless, when my turn came to give a eulogy, I addressed Moshe’s mother directly.

“When you were in the death camp,” I said, “there were Allied bombers flying over your head, yet their navigators didn’t mark on their maps a target called Auschwitz. Jews were murdered while no one cared enough to drop even one single bomb on the gas chambers to stop their massacre. However, 30 years later, Jews were in danger again but this time there was a Jewish state, and there were Jewish airmen flying to save their brothers and sisters. And your son, Moshe, was one of them, with Entebbe boldly marked on his map.”

She took my hand and her eyes softened.

Indeed, the Entebbe raid, carried out 30 years ago on July 4, 1976, touched the raw nerves of every Jew.

When the Air France plane landed in Entebbe and the hijackers started to separate the Jewish passengers from the others, it brought back dark memories of the selection in Auschwitz, where Joseph Mengele singled out Moshe’s mother for life while sending hundreds of thousands to their death.

But times have changed, and Jews are not helpless anymore. With the creation of the State of Israel, they regained not only their sovereignty but also the capability to defend themselves.

In December 1942, Dolek Liebeskind, one of the leaders of the Jewish resistance in the Krakow Ghetto, led an attack on a German cafe.

The Entebbe raid won its much-deserved lines in the history books, but it wasn’t a lost battle at all: It was the daring act of a self-confident Jewish state, determined to rescue Jews whenever and wherever they’re in trouble.

As these lines are being written, Israel has unleashed its army again to bring home a soldier – Cpl. Gilad Shalit, 19, who was taken captive when Palestinian gunmen stormed an Israeli army base just outside the Gaza Strip. 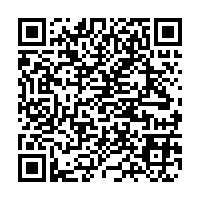