In recent decades, the U.S. government has developed a social safety net for its citizens consisting of what are called entitlement programs. The best known are Social Security, Medicaid, Medicare, food stamps, and unemployment compensation.

Notice that aid to the Palestinian Authority is not on the list. That omission, though, probably would come as a surprise to Palestinian representatives and their American cheerleaders. Their reaction to a recent reduction in U.S. aid to the PA has been so over the top that it seems they have come to regard the aid as an entitlement.


A moral outrage! Apparently, in J Street’s view, giving $500 million of American taxpayers’ money each year to a corrupt, misogynist, dissident-torturing, terrorism-sponsoring, fascist dictatorship is the eleventh commandment engraved on the tablets Moses brought down from Sinai.

With the signing of the Oslo accords in 1993, Arafat briefly pretended to have given up terrorism, and American money began flowing to Ramallah. The Clinton administration started sending $500 million each year, supposedly as a demonstration of U.S. support for the “peace process.”

That number was completely arbitrary. It could have been $400 million or $300 million or $200 million. The State Department picked $500 million because it calculated that was the largest amount it could get away with without making it seem as if the U.S. considered Arafat as much of an ally of America as Israel.

Some pro-Israel organizations urged Congress to make the U.S. aid conditional on Arafat honoring his Oslo obligations. Not an unreasonable demand. Unfortunately, the lead sponsor of the measure, Senator Arlen Specter, wanted to include a loophole allowing the U.S. to keep sending aid even if Arafat violated the accords, just so long as the president certified that it was in America’s “national security” interest to do so.

Sadly, pro-Israel groups went along with Specter’s fatal compromise. As a result, President Clinton (and Presidents Bush and Obama after him) kept signing the certification, and the $500 million checks kept on going.

Some Jewish organizations claimed “victory,” saying the Specter Amendment increased pressure on Arafat. Actually, it did nothing of the sort. In fact, it was an utter defeat because passage of Specter’s legislation made it impossible to pass any stronger measure in subsequent years. Claiming victory when you actually have lost might be useful in a fundraising mailing to unknowing donors, but it doesn’t help Israel.

Last year, fully 23 years after the Specter Amendment, pro-Israel organizations finally got Congress to pass new legislation to restrict U.S. aid to the PA. The Taylor Force Act was supposed to make the aid conditional on the PA halting its payments to terrorists. But once again, the groups supporting the bill went along with the insertion of loopholes that rendered the legislation almost toothless. Once again, the supporters claimed victory when it was nothing of the sort.

But by a stroke of good fortune, President Donald Trump this week did with his pen what Congress was unwilling to do and what Jewish organizations were afraid to insist upon. He has actually ordered a significant reduction in U.S. aid to the terrorist PA regime and to terrorist-run Gaza.

If they were reasonable people, Palestinian leaders would have responded to the reduction by, first of all, expressing a little gratitude for the more than $10 billion they have received from the United States since 1994. Then they would have expressed some remorse over the actions they took that led to the reduction, and they would ask how they could mend fences with Washington.

But the Palestinian leadership consists of bullies, racists, killers, and ingrates. They responded to the news with more name-calling (“blackmailers,” “weaponizers”) and their J Street cheerleaders dutifully followed along by declaring that it was immoral(!) to give the PA a different amount of money than the U.S. gave it in the 1990s.

The Palestinian Arabs are not American citizens. They are not entitled to anything from the U.S. government – not Social Security, not food stamps, and not endless foreign aid checks.

The U.S. government had good reason not to give the Palestinians aid before 1993: they were terrorists. When Arafat was exposed as a terrorist with the capture of the Karine A ship in 2002 – when he tried to smuggle in 50 tons of weapons – all U.S. aid should have stopped. Instead, the PA continued receiving American checks for another 15 years.

Now, at long last, the shameful era of Palestinian exploitation of the American treasury appears to be approaching its end. Better late than never! 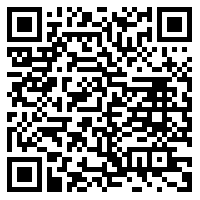