The State of Israel, as the home country of the Jewish people, must allow every Jewish man and woman to enter its gates, even amid COVID restrictions. There are many ways to ensure these people don’t pose a public health threat, and without severely compromising Israel’s Jewish character. The very act of prohibiting Jews who aren’t citizens from entering the country is fundamentally damaging to Israel’s identity as a Jewish state.

Obviously, no government needs to jeopardize the health of its citizens, but there is a simple solution: apply the same health and safety protocols required for Israeli citizens to those returning from “red countries” – a PCR test and isolation based on the number of vaccinations. If these guidelines are good enough to keep Israelis safe, there’s no reason they aren’t good enough for Jews who aren’t citizens. The coronavirus does not distinguish between those with Israeli passports and those without.


Israel is not like other countries, which are legally and morally obligated to the welfare of their citizens alone. At its essential core, it is a Jewish state. It is a historical enterprise of reestablishing Jewish sovereignty in the Land of Israel, and therefore no Israeli government has the moral right to prevent Jews from entering Israel.

Israel exists because it is a Jewish country, and its mandate applies to the entire Jewish nation in the Diaspora, including non-citizens. By imposing this discriminatory prohibition, the Israeli government is being derelict in its duty. A Jewish country does not shut its gates to other Jews, especially in times of trouble.

A Jewish state cannot allow contestants from across the globe to participate in a beauty pageant and then simultaneously deny entry to the relatives of its new immigrants, causing immense emotional distress as family members are kept apart from one another. A Jewish state does not prevent Jewish youths from entering the country to study and learn. A Jewish state treats every Jew on the planet – whether they possess an Israeli passport or not – with respect, dignity, and impartiality.
The Jewish identity on which the State of Israel is predicated led our forefathers to establish the country, work its fields, and gallantly fight for its existence. This is the identity at the very core of the country’s existence and is the justification for the tremendous suffering and sacrifice we must endure on our journey.

The current COVID restrictions harm the dearest thing Israel has in relation to the Jewish Diaspora. The State of Israel cannot drift from its Jewish identity. If Israel’s uniqueness as a Jewish loses its prominence, and it instead behaves as any other country would – it will be a tragedy for generations. We must always welcome and embrace Jews from across the globe, under any circumstance, not push them away. 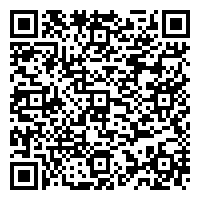