What can one say about Europe? I imagine that if one wants to be bitterly truthful one could easily say that Hitler has in effect triumphed. He branded the Jews as the root of all troubles and proclaimed that the “final” and only solution to the “Jewish problem” was to eradicate all Jews from the face of the earth. And as we all know, he followed through on his genocidal program.

A great deal of Europe, its leaders, intellectuals, and common folk, willfully and almost gleefully cooperated in this genocide. Many did it actively while many more Europeans did it passively.

Once the extent of the horrors of the Holocaust were revealed after the war ended, this irrational and pathological hatred of the Jews went underground. After all, it was too shameful to admit that the continent that prided itself on the advancement of civilization could be guilty of such organized government-sponsored inhumanity and cruelty.

So most Europeans shielded themselves from any true feelings of guilt by simply stating that they were ignorant as to what was occurring. The Vatican and other Christian churches aided many Nazis and other war criminals in escaping from Europe and settling rather comfortably in other continents, notably South America.

As penance for their atrocious behavior, many European countries, though not all, voted for the establishment of the state of Israel and granted the nascent nation diplomatic and sometimes even economic recognition and help. There the matter seemed to rest during the decade of the 1950s.

But Israel, always being the burr under the world’s saddle, would not let the matter rest. The wound was too deep and raw and the world would not be allowed to so easily forget what had happened.

In 1960 Israel captured Adolf Eichmann and placed him on trial for his crimes against the Jewish people and humanity. The trial, which lasted almost a year, revealed in a stark and graphic way what had happened to the Jewish people on European soil from 1939 to 1945. It was not only Eichmann and the Nazis who were the defendants in that most bruising and bitter trial, but also, in a very real sense, Europe itself.

And when Eichmann was found guilty and executed for his crimes, Europe, at least subliminally, was also judged to be guilty and complicit in the horror of the Holocaust. Europe has never forgiven Israel for the trial and verdict. It is well aware that it is guilty but can never own up to that guilt.

In line with its time-honored obsession with the Jewish people and its innate necessity to scapegoat Jews for all of Europe’s problems, Europeans have turned their enmity, in an unremitting fashion, against the Jewish state. Israel is pilloried and boycotted, delegitimized and isolated, while the noble Palestinians – formenters of worldwide terrorism, intifadas and recurring wars – are worthy of diplomatic recognition, media support, financial aid, and moral justification.

This is Europe’s revenge against the Jews for surviving the Holocaust and thereby instilling the unease and guilt that Europe feels toward Jews, Judaism, and the Jewish state.

To use a Christian phrase, Europe is sorely in need of redemption. Catholic countries such as Ireland, Portugal, and Spain have not digested the lessons of history vis-à-vis the relationship between the Church and the Jews over the centuries.

Leftists, meanwhile, refuse to deal with the oppression and anti-Semitism that Marxism, the Soviet Union, and the Left in general has inflicted on European and world Jewry.

European countries are again banning circumcision and kosher slaughter, all in the name of some lofty ideals of infant and animal rights. All of this naturally occurs against the backdrop of rampant child abuse and slaughter of humans, the repression of women, the elimination of minorities, and other pernicious facets of intolerant social norms that characterize Palestinian and Islamic society. 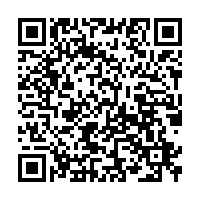