Recently my Dad sent me an article from The Journal of Clinical Oncology about to the potential danger of smartphones. Interestingly enough, the article didn’t discuss possible links between cellular phones and cancer and it wasn’t about the risks of texting while driving. Surprisingly, the article wasn’t even about medicine—it was an op-ed lamenting the fact that so many people are addicted to repetitively checking their email to the detriment of their lives at home.

Articles published in academic journals yield alarming statistics detailing how smartphones are enslaving a generation. Multitasking while checking email is associated with a loss of control and increased stress. Pressured by the intensity of a cutthroat business world, some poor souls check their email more than 30 times an hour. Unsurprisingly, freedom from email not only increases productivity but also decreases stress. Yet if you went to a local little league game, ballet recital, or middle school musical, you’d find more parents glued to their smartphone screens than watching their kids.


The best advice I ever heard on parenting is to be present. For example, you shouldn’t read the newspaper when sitting together with your kids at the breakfast table. Nor should you negotiate a contract while playing tag at the park. Most importantly, there is never an excuse for checking your email when you’re at the beach building sandcastles. I advise my friends to come home early to spend time with their kids in the afternoon, eat dinner together as a family, and tuck their kids in every night. Finishing up a presentation, signing documents, and checking emails can happen after everyone is asleep. For people who tell me they need to stay late to make some extra cash, I always tell them the same thing: being present with your kids will save you money in the long run. And how does that work? If for nothing else at least you won’t need to spend money on a psychotherapist because your kids are hurting from having an absent parent!

As we study the weekly Torah portions connected with the building of the Holy Tabernacle, the Torah has many lessons to teach us about prioritizing our children. The Torah tells us that on top of the Ark of the Covenant was a golden cover with two cherubim—angels with child-like features—facing towards each other (Exodus 25:10-28). The Holy Ark of the Covenant is the greatest treasure of the Jewish people and the only thing that could possibly be more important is our own children. Forgive the use of a pun, but certainly the fact that angelic children sit on top of the Ark suggests that parenting is a “top priority.” There is also an important lesson to be learned from the Torah’s instruction to make the cover out of solid gold. This suggests the purity of our children and our responsibility to raise them with the same delicacy that a person would treat their most priceless heirloom jewelry.

When I think of the best father I know—my own Dad—I know that the key to his success as a parent is always letting his children know that we’re his number one priority. This is something you can’t buy at a store. It’s the sum of coaching every little league game, reading us stories every single night, taking us hiking every summer and countless other acts of love. I didn’t figure it out until I was already in college, but my Dad used to return to work every night after putting us to sleep. He had to do this in order to complete an unfinished day’s work because he’d left the hospital early to make it home in time for dinner with us. I never even knew that he was the world’s expert in his field of medical oncology until I saw him speak to a packed house years later when I was in medical school. To me he was just my Dad. I couldn’t imagine him doing anything else because he was too darn focused on being a parent to have had any time to build his career.

The Talmud teaches an interesting metaphysical concept about the cherubim, “When the people of Israel were doing the will of G-d [the cherubim would face each other], when they were not doing the will of G-d [they would turn apart],” (Baba Batra 99A). An appropriate parallel with our discussion is that when parents are doing the right thing, they are paying attention to their children and doing holy work. When parents are otherwise distracted and playing with their smartphones instead of being present with their kids, nothing could be further from the divine.

Not to be ridiculous, but I’ve never wished anyone mazal tov for setting up a new email account. Even if iPhones grow smart enough to marry each other, I just can’t picture myself dancing at that wedding no matter who invites me. Kids on the other hand are priceless no matter what. Even when they’re in their terrible twos or in an adolescent stage of rebellion, raising one’s children is always the top priority and beats checking email any day. 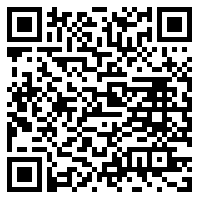