Over the last several months, The Jewish Communal Fund (JCF) has been under intense scrutiny as they have disregarded the many organizations and communal leaders who have urged an end to those who support a boycott of Israel. One of the organizations they have given millions to is The New Israel Fund, who actively boycott Israel, and raise Millions of dollars annually to support projects that undermine Israel’s government, economy and military. A synopsis of some of the issues NIF is involved in may be found here.

Ms. Karen Adler, the President of the JCF is a donor and supporter of The New Israel Fund (NIF). NIF funds BDS related activities, as well as organizations active in seeking to have IDF soldiers prosecuted for war crimes, while defending terrorists.

We asked a few questions:

“Do you feel it is appropriate for the President of a Jewish organization to support an organization which undermines the Israel Defense Forces, and shared information with the United Nations which endangeres Israeli soldiers?

Is it right that Adler, a leader of a Jewish organization has given money to NIF-funded organizations, who work to legally supported the families of terrorists who murdered Jews?”

“Agree we should not respond but with this level of activity, we have to rethink our SEO strategy.”

This was an internal e-mail to a number of colleagues, which was mistakenly sent to us by Ms. Israelson.

SEO – Search engine optimization – is essentially the manipulation of Google. What the email mistakenly sent by the largest Jewish donor advised fund in the country, which manages $1.4 billion in charitable assets confirmed that they will continue to fund a boycott of Israel – yet will try and hide it better.

The Jewish Communal Fund will continue to send millions to support a boycott of Israel – and will not address criticism, but will spend donor dollars to cover it up.

The JCF gave $10,500 in 2013 to A Jewish Voice for Peace, which the Anti-Defamation League said was one of the most Anti-Israel groups in America. The JCF seeks to white-wash Google rather than cease funding Israel’s enemies.

Since we know Google and Search Engine Optimization is of great significance, we mention here the members of JCF’s board as complicit in funding boycotts of Israel, and ask them to stop funding a boycott – instead of covering it up. Indeed, our knowledge of SEO informs us that this article will appear on Google for them as helping harm Israel. 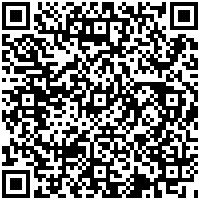