I live in the 6th Congressional district of Wisconsin (for those of you from New York, Wisconsin is a mid-western state north of Illinois) and find its upcoming congressional race most interesting – and revealing.

The Democratic candidate is Dan Kohl, nephew of Herb Kohl – a longtime Jewish senator from Wisconsin who was born to hard-working, Depression-era Russian immigrants and was a tremendous supporter of Israel.


His opponent – the incumbent – is Republican Glenn Grothman, an attorney and lifelong bachelor from a small city called Thiensville, WI, just a few miles from where I live. He has devoted almost  his entire career to public service, first as a state representative and senator, and now as a congressman.

Dan Kohl is a liberal Democrat, and also very liberal Jewishly. Grothman is a conservative Republican and, religiously, a conservative Lutheran of German heritage.

Which candidate is best for Israel and the Jews? The scion of a philanthropic and pro-Israel Jewish senator or the Lutheran German from small-town Wisconsin?

Unsurprisingly, the answer is clear: Dan Kohl is by far the worse choice. Kohl is a founding member of J Street, an anti-Zionist organization made up of highly liberal Jewish Americans. Recently it has been unequivocally proven that J Street both funds and supports organizations that promote BDS – the Boycott Divest and Sanction movement against Israel.

Already in 2015, noted liberal attorney and former Harvard law school professor Alan Dershowitz declared that J Street is “the most damaging organization in American history against Israel.” BDS, of course, was started by Palestinians – its stated goal being to destroy the State of Israel by economic stranglehold. Any Jew who helped found J Street cannot easily call himself a Zionist or pro-Israel.

And then you have Glenn Grothman. Logic would dictate that a conservative Lutheran of German heritage from Wisconsin may have some, shall we say, “baggage” concerning Jews and Israel. Yet, Grothman is one of the most pro-Israel, pro-Jewish congressmen in politics today.  He recently took a sponsored trip to Israel and was overwhelmed by the positivity he saw from Israelis and appalled by the craven murderous hatred he saw in mainstream Palestinian education and entertainment.

This race in my neck of the woods in Wisconsin represents perfectly the situation in America vis-à-vis Israel. The liberal, well-funded, Jewish Democratic candidate is a proud founder of an organization associated with the enemies of Israel while the small town conservative Christian is a tremendous supporter of Israel, recognizes the murderous intentions of the Palestinians, and defends and votes for Israel vigorously in Congress. 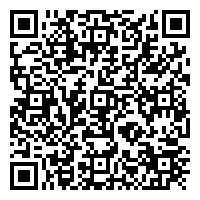