It is hard for family and friends from my birthplace to understand why “home” for me means Israel. I was born, as were my parents, in Australia. It is a beautiful and spacious land, much praised in poetry and song.


I was happy there, and will always nurture fond memories and warm feelings for it.

Then I lived for a few years in London, and that too captured my heart. It represented the best of all I knew in literature – a pulsating, vibrant city, steeped in dignity and history. I lived there between the ages of 19 and 22; when I think of those golden years of my youth and my first taste of independent living, the setting is majestic London.

So why Israel? It was certainly not my idea to come. My husband wanted our four children to know they had a homeland. I fought it vigorously.

When resentment is festering in your heart, nothing is beautiful or welcoming. I was probably the most reluctant person ever to make aliyah. Of course I knew enough Jewish history to understand about Abraham, who responded to the Divine mandate to leave the land of his birth to travel to an unknown Promised Land. And I also knew that for 2,000 years, since the destruction of the Temple in Jerusalem, Jews had sought ways to return from the lands of their dispersion to their ancient homeland.

But what did that have to do with me? At the time, in 1971, religion was on the fringe of my life, Zionism was just a word, and I had never personally experienced any real anti-Semitism. Aliyah means “ascension,” but it was actually a big step down in terms of quality of life and living standards.

You don’t fall in love with Israel easily. It doesn’t “grab” at your senses, like the boulevards of Paris, the enchantment of Tuscany or the snow-capped mountains of Switzerland. It is much more subtle. I lived in Jerusalem for years before I realized one day that it had captured my heart. After that, it never let go.

I suppose it began with the people. Not the well-known names that dot every city and town here – Herzl, Jabotinsky, Weizmann, Ben-Gurion – but the ordinary people whose lives add up to the extraordinary story of modern Israel. Until very recently most of them were born abroad, bringing to the state the culture of half the world – a human, ethnic mosaic.

It is a place where everyone rubs elbows – saints and sinners, philosophers and cobblers, spice merchants and professors, doctors and housewives, nuns and rabbis’ wives. A friend of mine, since passed on, used to tell me he liked to stand on the corner “and watch all the poems walk by.”

Eventually I discovered the Kotel, Judaism’s holiest site. I was unmoved when I first saw it. But once, when I really needed to pray, I went there at dawn and communed, one-to-One, with God. I can never explain the sense of peace and serenity that washed over me like a blessing. They say the Divine Presence has never departed from the place, and now – in any time of trouble – it is where I go for comfort and guidance. I have never been disappointed.

I admit I don’t understand the Women of the Wall with their political agenda and desire to emulate men by wearing tallit and tefillin while disturbing the sincere prayers of religious people. For me, the real Women of the Wall are those who come, not just on Rosh Chodesh when the spotlight is on them, but on all days, faithfully and modestly, to quietly talk with their Creator.

They say if you live in Israel and don’t believe in miracles, you are not a realist. And they are right. We expect them all the time – we even rely on them. The state of Israel that has survived for 65 years, despite never-ceasing efforts to destroy it, is a miracle, just as the Six-Day-War was a miracle and the Entebbe rescue was a miracle. 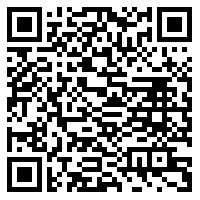