When 35,000 marathoners spring across the Verrazano-Narrows Bridge this Sunday, November 7, at the thirty-fifth running of the New York City Marathon, they will be reenacting the dream of Fred Lebow, the heavily-accented Transylvanian who convinced the plodders and shleppers of the world that they could go the course’s 26.2 mile distance.Before Lebow – born Fishl Lebowitz in 1932 – came on the scene, marathoning was limited to only the most skilled athletes. Now, as a result of Lebow’s vision, some 500,000 Americans annually ignore their strained Achilles tendons and sore knees in what has been transformed from an austere race into a form of street theater.But in addition to creating the fun festival that the modern marathon has become, Lebow, whose tenth yahrzeit is observed this year, at bottom was always aware of who and what he was: a Jew.He arrived in the United States after surviving the Holocaust as a boy and gravitated to New York’s garment industry where his entrepreneurial nature took him from an entry level position on the knitting machines to owner of his own knockoff design company. He was introduced to running as a way of improving his tennis game. Although he was never good at it – he came in next to last in the first marathon he ran – running gave him a feeling he wanted the world to share.Having suffered through the horrors of religious persecution and separatism, he was intent on making marathoning, which had theretofore been an exclusive sport, an inclusive activity – a people’s race. His marathon included everyone: world-famous record-setting elite runners, everyday middle and back-of-the-pack shleppers like himself, valiant members of the Achilles Track Club for disabled athletes, and people such as the Vietnam veteran with no legs who took four days to finish the race “running” on his hands.While Lebow promoted this populist vision, his shtetl background, his Yiddish, and the religious observance of his youth (which his siblings had not abandoned as he had) were always part of him. He participated in a special Passover seder for New York Road Runners Club staff and friends, and lit Chanukah candles with them in his office. He usually spent the High Holidays with his Orthodox family, mostly with his sister in Monsey, New York.Lebow felt a special connection with the part of his marathon’s route that took him and the runners through the chassidic area of Williamsburg in Brooklyn. He would shout in Yiddish to chassidic spectators, “lommen heren (let’s hear it)” and “die laufer darfen vasser (the runners need water)” as he led his pack of runners through their streets. As soon as he recognized the need for a Shacharit service at the marathon staging area, he set up a tent for what still is the world’s only marathon minyan.In 1992, Lebow, by then a brain cancer patient in recovery, decided to run his marathon creation for the first time in his life to prove to himself and other cancer survivors that he was able win the race within. Before the marathon’s start, he slipped away from his handlers and prayed with the minyan, donning tefillin as he asked for strength to cross the finish line.On April 28, 1994, his cancer worsening, the New York Daily News reported that Lebow had “started the process of reverting to his original name.” Explaining his move, Lebow said, “I’ve always observed the Jewish holidays and always been proud of my heritage and it’s time I return to my original name.”Fishl Lebow died Sunday, October 9, 1994 – the day of his marathon’s pre-race tune-up. His tombstone reflects the dichotomy of his identity – the running world impresario and the Jew from pre-war Transylvania. In capital letters on the tombstone’s slope it says, “FRED LEBOW” with the inscription “He was humble in his greatness.” And chiseled between his dates of birth and death is a big apple with a runner in the middle, the symbol of the New York Road Runners Club. The Hebrew lettering on the tombstone’s face shows that it is indeed Ephraim Fishl Lebowitz buried below. Beneath the Hebrew name are four Hebrew lines, each beginning with a letter from the name Fishl. Translated, the inscription reads: (F) His mouth abounded in truth; (I) He was beloved by all; (SH) His name was universally known: (L) His heart as his name, so he was. Lebow, in Hebrew, means “his heart.” 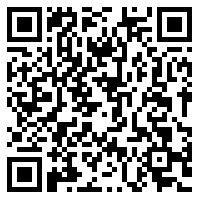