1. Don’t allow prophecies of doom scare you into forfeiting your values

Ahead of the march, people in Israel and around the world were urging the Israeli government to cancel the march in light of the (empty) threats issued by Hamas.


While many of those advocating for the cancellation of the march did so out of a genuine concern for the well-being of Israel, their good intentions were not synonymous with good policy.

Prophecies of doom have been a recurring theme since the founding of the State of Israel, when David Ben-Gurion decided to declare independence despite dire warnings and immense pressure against the move.

The underlying message of these prophecies is that it’s better to capitulate than to risk confrontation, even if it means forfeiting our values and rewarding evil.

The current iteration of these prophets are dreadfully afraid of having Jews exercise their basic right to visit, not to mention pray, on the Temple Mount, and of Israel exercising normative sovereignty by evicting illegal squatters in the community of Sheikh Jarrah (i.e. Shimon HaTzadik) or illegal Arab villages such as Khan al-Ahmar.

The march was a strong rebuke to this defeatist kind of thinking.

2. Deterrence is a mindset, not just a slogan

The crux of the matter surrounding the march was this: were we going to allow a terror group to dictate the terms of our actions and activities in our own capital?

Thankfully, the government, along with the march organizers and the 5,000-plus participants didn’t cower away. In doing so, they sent a strong message to Hamas and other terror groups that Israel cannot be strong-armed.

Caving in to the demands of terrorists is a dangerous and slippery slope that sets a terrible precedent for handling Israel’s security. If Hamas would have succeeded in preventing Jews from marching in Jerusalem, it would only have emboldened them to issue more threats and engage in more attacks in the future.

As history proves, appeasement only sows the seeds of the next, more destructive conflict.

The fact that individuals in a democratic society have a basic right to assemble, protest, and express their views was glaringly absent from the discourse surrounding the march.

It is undemocratic and dangerous to prevent law-abiding citizens from asserting their basic rights, especially when it is something as elementary as waving the national flag in the capital.

The right to assemble and to protest is not subject to an ideological purity test. It is a basic civil right, regardless if one agrees with the cause or not.

4. The international media’s coverage of Israel is despicable

The international media’s biased coverage of Israel is of course nothing new, but it was evident once again in the coverage of the march.

Although the march was a joyous and peaceful event attended by thousands of people, the headlines across the world focused on an isolated incident in which several Jewish kids despicably shouted “death to Arabs.” While this incident is condemnable in the strongest terms, it didn’t represent the atmosphere and sentiment of the march by any means.

Nonetheless, the international media gleefully took advantage of the opportunity and used the incident as “proof” that the march was indeed a sinister far-right event.

That is how an objectively peaceful march was transformed by the media into a hate-filled event in which, according to one CNN anchor, “thousands of far-right, ultra-nationalist Jewish activists [were] marching through the streets waving Israeli flags and chanting inflammatory slogans like ‘death to Arabs’ and ‘I hope your village is burned.'”

It is also worth noting how the mainstream media famously portrayed the violent riots that engulfed the United States last year as “mostly peaceful protests.” So what if thousands of people engaged in violence, looting, shootings, arson and other criminal activity? The protests were “mostly peaceful.”

But when more than 5,000 Jews peacefully march in Jerusalem, the event in its entirety is vilified by the media just because of several outliers.

5. The people have an incredible amount of power

A common complaint frequently repeated by frustrated citizens is “what can I do?”

Many think that their ability to affect change only arises once every few years at the polls (or, in Israel’s case, every few months), and in the interim they are powerless and are entirely dependent on their political leaders.

What this march demonstrated was how regular citizens have the power to influence change. In this case, it was a handful of civil society organizations and several thousand people – mostly youths – who refused to back down, and, with the help of our security forces, restored the country’s deterrence and pride.

We have a lot to learn from the marchers, notably the youths, who reminded the country of the importance of standing tall and waving the Israeli flag without fear.

Welcome to the Party — the HYPOCRITE Party 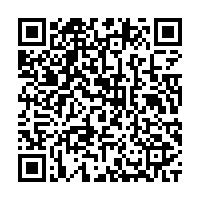