In the midst of his whirlwind week-long Florida governor’s business development mission to Israel with more than 100 delegation participants, Gov. Ron DeSantis visited the Gush Etzion region, just south of Jerusalem and over the Green Line. His purpose was to meet with community leaders and small-business owners who are on the front lines as targets of the anti-Israel BDS movement.


During a press briefing on Wednesday hosted at the Hub Etzion business center, DeSantis said, “Here is the thing that really frustrates me about BDS; this is such selective engagement here. You have people who would be willing to trade with Iran, the leading state sponsor of terrorism in the world, they have no problem [with them], but here they want to boycott the one Jewish democracy in the world. It’s the only place these people seem to get upset about. To me, that just shows you that anti-Semitism is really driving the BDS movement, so in Florida, we very much stand against BDS.”

DeSantis has been at the forefront of fighting against BDS, with Florida’s State Board of Administration earlier this year sanctioning the Airbnb rental company following their decision to delist some 200 Jewish-owned properties in Judea and Samaria—a policy the company has since reversed.

What is noteworthy about the visit is the fact that the governor’s arrival marks the first time that a U.S. governor has led an official trade mission to Judea and Samaria. Then again, perhaps it shouldn’t be so surprising, as the Trump administration has given the Israeli “settler” community a seat at the table for diplomatic and political gatherings with American officials.

DeSantis also explained on a personal level why supporting Judea and Samaria was important to him. He told JNS, “When you look at the history, [they] are some of the most historic Jewish lands. You go back thousands and thousands of years. I had the opportunity on a previous trip to go look at the archeological digs in Shilo. … You are talking about history that is really unparalleled, but then, of course, [history] that is very connective to the United States, but really Western civilization as a whole.”

Accompanying DeSantis on his visit to Gush Etzion was Israel’s Minister of Strategic Affairs Gilad Erdan, who was charged by Israel’s National Security Cabinet to spearhead government initiatives against the global BDS campaign. 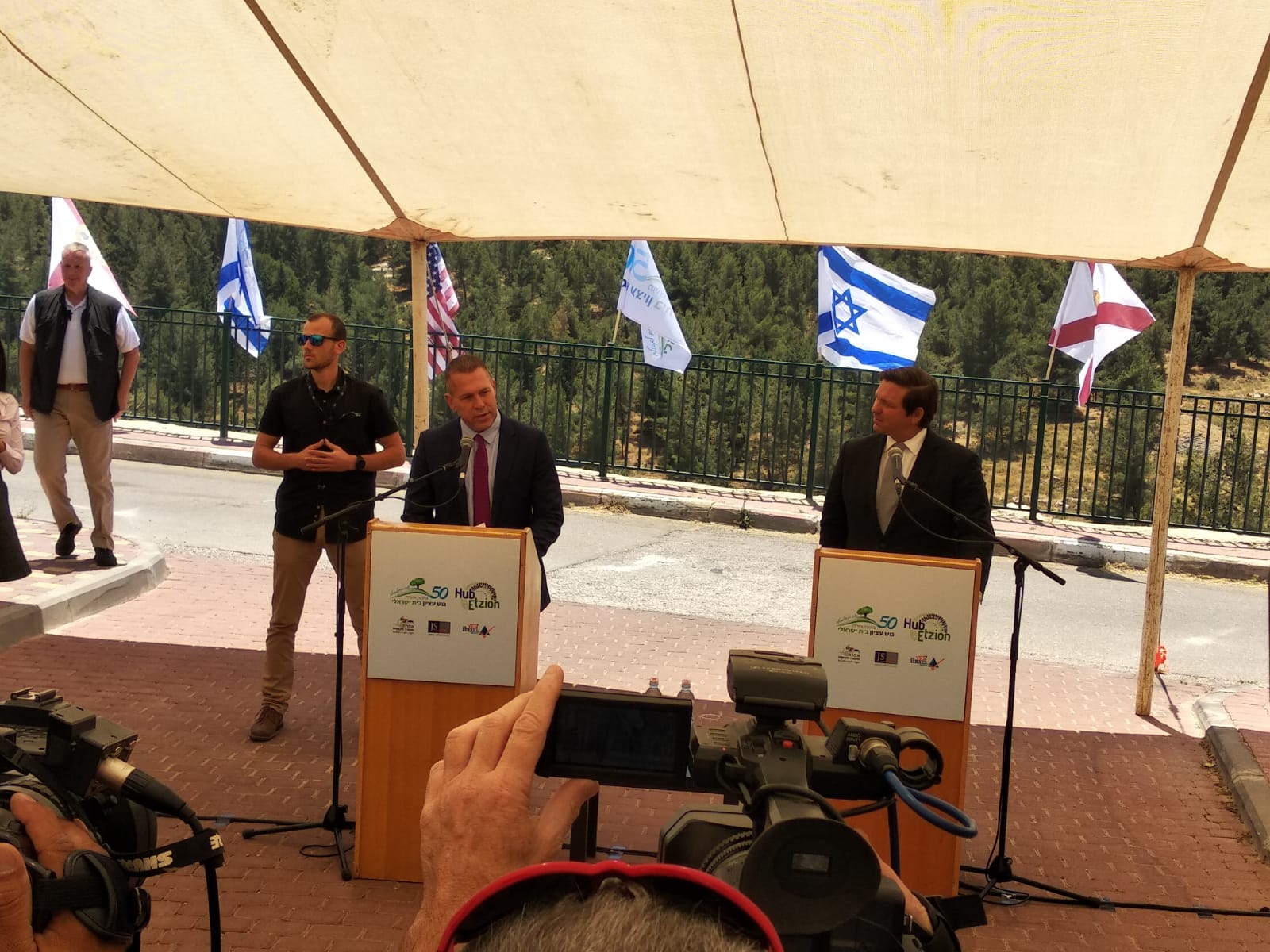 Erdan said to DeSantis, “Governor, you have been one of the greatest and most consistent friends of Israel and the U.S.-Israel alliance. You promised that Florida, under your leadership would be the most pro-Israel state in America. And you’ve kept your promise. In the name of the government and the people of Israel, I want to thank you for all that you have done.”

He added that “we deeply appreciate the steps that you’ve taken to counter all forms of anti-Semitism, including the new anti-Semitism—the BDS campaign—which demonizes and boycotts the Jewish state exactly as in the past as anti-Semites demonized and boycotted Jews.”

In fact, later in the day back at the King David Hotel in Jerusalem, the governor signed a new bill into law, effective immediately, which defines anti-Semitism as discrimination, thus prohibiting it in Florida’s public schools and universities. One of the clauses of the comprehensive legislation prohibits, “Accusing Jewish citizens of being more loyal to Israel, or the alleged priorities of Jews worldwide, than to the interest of their own nations.”

The reference pointed to intimations by Rep. Ilhan Omar (D-Minn.) on Twitter that American Jewish supporters of Israel had duel loyalties—an ancient and familiar anti-Semitic trope.

Co-founder Sarah Paley of the “Yes! Israel Project,” a pro-Israel advocacy organization run by the Jaffe Strategies consulting firm, helped facilitate many aspects of the governor’s mission to Israel. She told JNS that DeSantis’s visit to Gush Etzion was “the culmination of a long effort to try and let leaders of the United States understand the importance of Judea and Samaria, and get the entire picture of Israel and to really understand … the significance of the past and the potential of the potential of tremendous growth for the future.”

Gush Etzion Regional Council Head Shlomo Ne’eman thanked the governor for his work against BDS, pointing out that “what we are seeing today is a different form of anti-Semitism. It used to be that anti-Semites would target individual Jews, but now they are targeting the Jewish national identity, the State of Israel, as part of their tactics.”

He said “what BDS is really doing is not just targeting the Jews, but Western values and free-market societies.”

In addition to visiting Gush Etzion, mission members spent the week traversing the country, networking with the heads of many Israelis companies, as well as signing several dozen memorandums of understanding (MOUs) between Israeli institutions of higher education and universities in Florida towards academic cooperation in a number of fields.

The most distinctive MOU signed was between Florida Atlantic University and Ariel University in Judea and Samaria. That document calls for joint research between the two schools in the fields of medicine and human health.

Ultimately, the main goal of the trip, as stated in an official press release sent out by the Florida mission, was “to provide Florida with a unique opportunity to strengthen the economic bonds between Florida and Israel.” 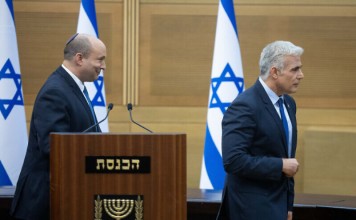 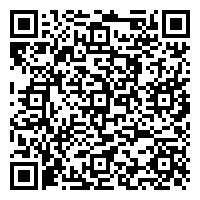