More than a year ago I wrote that it was clear General Michael Flynn should never have pleaded guilty because he did not commit a crime. Even if he lied to the FBI, his lie was not “material.” For a lie to be a crime under federal law, it must be material to the investigation – meaning that the lies pertain to the issues being legitimately investigated. The role of the FBI is to investigate past crimes, not to create new ones. Because the FBI investigators already knew the answer to the question they asked him—whether he had spoken to the Russian Ambassador—their purpose was not to elicit new information relevant to their investigation, but rather to spring a perjury trap on him. When they asked Flynn the question, they had a recording of his conversation with the Russian, of which he was presumably unaware. So his answer was not material to the investigation because they already had the information about which they were inquiring.

From a legal and policy point of view, encouraging the FBI to misuse its legitimate authority to investigate past crimes, solely to create future crimes is both immoral and illegal. That is why Congress added the word material to its statute.

Because Flynn’s answers were not material to what the FBI said it was investigating –- a violation of a never-used law, the Logan Act, that prohibits private citizens from negotiating with foreign governments — they did not constitute a crime.

At the time, that argument was mocked by the usual suspects: fair-weather civil libertarians who would have supported the argument if it had been made on behalf of a liberal Democrat but who rejected it when made on behalf of a Trump Republican. They claimed there was no authority supporting this argument, despite the citation of several cases by eminent judges.

Now the Justice Department has agreed that General Flynn did not, in fact, commit any crime. Among the reasons given for belatedly dropping the case against General Flynn was that his answers did not satisfy the materiality requirement of the statute.

Let us hear now from the former civil libertarians for whom any violation of law is permissible, as long as it is directed at a Trump associate.

When I originally argued that Flynn had committed no crime, I was unaware of the exculpatory documents that the government had illegally withheld from his lawyers and him. He might well have considered them in deciding whether or not to plead guilty. This suppressed material might have bolstered his defense had he decided to go to trial.

Some may wonder why an innocent man would ever plead guilty. Anyone who knows how the system works in practice would understand why an innocent man—or a defendant in a close case—might be coerced into pleading guilty. The cruel reality is that if a defendant pleads not guilty and is found guilty, the sentence will be far greater than if he had pled guilty—perhaps even 10 times greater. Moreover, in this case, it is alleged that the government threatened, if Flynn did not plead guilty, to indict his son. These are the kinds of pressures routinely used by prosecutors. Civil libertarians have long been critical of these pressures, but fair-weather civil libertarians refuse to object when these improper tactics are used against Trump’s associates. Partisan hypocrisy reigns.

The decision by the Justice Department to drop the Flynn case sends an important message to prosecutors that goes beyond the Flynn case. There must be a single standard of justice and civil liberties — including the presumption of innocence — that transcends partisan politics. This message has been forgotten by both parties. Flynn himself was among those who shouted, “Lock her up,” regarding Hillary Clinton. Then when the Justice Department tried to lock him up, he got religion.

The time has come, indeed it is long overdue, to de-politicize our criminal justice system and to forbid it from becoming weaponized by either side for partisan purposes. Dropping the case against General Flynn is an important first step, but it cannot be the last if we are to restore the criminal justice system to its rightful place as a non-partisan institution of justice. 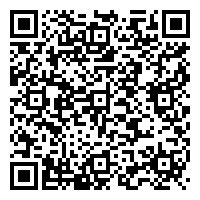