One of the most common reasons Jews remain in galus is monetary. Many are unwilling to compromise on the standard of living to which they have become accustomed. They obsessively compare Israel to galus in every materialistic sense, inevitably find it inferior in some area, and declare that Israel isn’t for them.

Others believe that living in Israel all but assures financial ruin. They know someone who made aliyah, couldn’t make a living, and was forced to return to galus. Surely if they made the same reckless move, they would join the millions of destitute Jews in Israel who are starving in the streets.


They just can’t make it in Israel, and there’s no point in trying. Echoing the spies who had this notion long before them, they say, “It’s a land that consumes its inhabitants.”

Chazal teach us that a falsehood that persists must have an element of truth in it, and this falsehood is no exception. Unless someone possesses a rare level of faith, it would be irresponsible to make aliyah without exploring parnassa opportunities in advance. Idealistic moves must be grounded in reality.

The problem is when “pragmatism” becomes such a dominant force that idealism is rendered hypothetical. Torah-observant Jews must confront the following questions:

1) What is the monetary value of finally leaving galus and returning to our homeland? What price should we be willing to pay if the privilege of fulfilling this dream were a commodity we needed to purchase?

2) In theory, if every Jew could live much more comfortably in galus or received a great offer to leave the land, could we allow our collective stake in Eretz Yisrael to essentially be bought out? If not, why not? If there is a critical mass that must refuse such a financial enticement, how many people is that, and how are we to decide who must remain as a token Jewish presence?

3) Shouldn’t the many impoverished Jews in galus – including those with expensive lifestyles who still cannot make ends meet – make aliyah? Shouldn’t the many Jews who use monetary considerations as a reason/excuse to remain in galus commit to aliyah if they were offered a lucrative job in Israel? At what point can we fairly say there isn’t anything to lose by trying, or that the risk is minimal enough that idealism should push the needle?

4) How do Torah-observant Jews reconcile their “pragmatism” with the fundamental principle that parnassa comes from Hashem? On what basis do they believe that their ability to earn a living – and, by direct extension, G-d’s ability to provide the parnassa He has decreed for them – depends entirely on their remaining in galus indefinitely?

5) Is it not conceivable that the material comforts of galus are a test, even a lure of the yetzer hara, to deter Jews from returning home? How can it be that many Jews consider the miraculous return of millions of Jews to Israel in two generations “the work of Satan,” yet consider the Holocaust the plan of Hashem and the material comforts of galus a gift from heaven?

Orthodox Jews in galus know the Torah’s answers to these questions, but they bury them under a grave of rationalizations and deflections. Here they are:

The monetary value of leaving galus is inestimable. No amount of material upgrade is worth remaining in galus or leaving Eretz Yisrael for a more comfortable life. Those who are literally forced out of the land by truly extenuating circumstances should leave with the greatest of anguish and the intense desire to return at the earliest opportunity.

Every individual Jew who allows material enticements – not absolute necessities – to keep him in exile has sold part of his soul and weakened the entire nation. For what? A bigger home? A fancier car? Cheaper groceries?

The Jews in the desert remembered the fish and vegetables they enjoyed as slaves in Egypt, and wished to return. Do we shake our heads at their pettiness, then close the Chumash and emulate it?

As long as a Jew can so much as get by in Israel, he should be unwilling to stay in galus for any price. And getting by doesn’t mean living a life of excess in the most expensive parts of the country. It means settling the land and finding a way to make it work.

Amazingly enough, ironically, moving to Israel may be the best way of preserving one’s wealth. In Eim Habanim Semeicha (chapter 3, section 48), Rav Yissachar Shlomo Teichtal discusses the Midrashic teaching that Yaacov made himself “like a bridge” to transfer his possessions across the river to save them from falling into Esav’s hands. Rav Teichtal argues that it’s precisely because Yaacov was like a bridge – with only one foot in galus and one foot firmly rooted in Israel – that he merited to save his money. Had he had two feet firmly planted in galus, his money would have fallen to Esav.

Rav Teichtal writes that nowadays, too, those who turn their hearts away from Israel ultimately lose their money to Esav. Remaining in galus, in other words, does not protect a Jew’s wealth – it is a primary reason for it to be lost!

I am not a prophet. I cannot guarantee that everyone who moves to Israel will prosper in the immediate future. But the Torah perspective is clear: Every Jew in galus should have one foot out the door, and strive to lift the other. 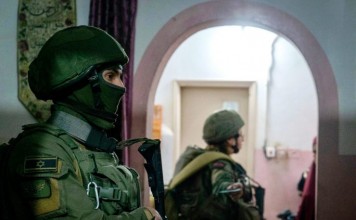 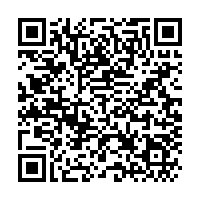