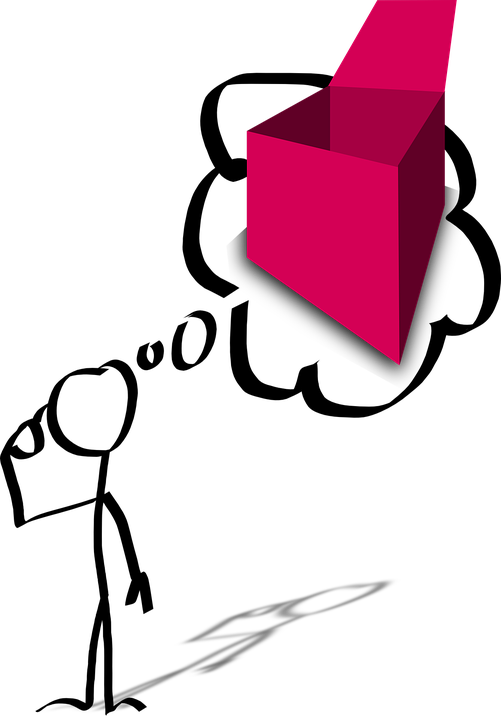 The conventional wisdom is that the best chance for peace in the Middle East between Israel and the Palestinian Arabs is the Two-State Solution. Failing that, there is the One-State Solution.

The problem, of course, is that decades of pursuing the Two-State Solution has produced nothing except period increases in violence.

On the other hand, it has the advantage of allowing people half a world away of being able to spout off about what is best for Israel and the Arabs without having to live in the region, having a grasp of the situation nor having to live with the consequences of their unsolicited advice.

Actually, there are ideas out there for peace that are being discussed between the people who are affected, between Israelis and Palestinians, and those solutions are not about a One-State Solution or Two-State Solution.

When he was younger, Ziad Sabateen was filled with anger and hate at Israel for what he saw as the theft of Arab land. When the First Intifada broke out in 1982, he joined in the violence.

Sabateen was arrested and ended up in an Israeli prison for 5 years.

Looking back — that turned out to be fortuitous.

While in prison, Sabateen spoke with his fellow prisoners: doctors, engineers and other Arabs to discuss how to deal with Israel. They came to the conclusion that rather than rely on violence, it made more sense to turn to non-violence and start a dialogue with the Israelis.

They created a group called “Combatants for Peace,” made up of former soldiers on both sides. They supported the Two-State Solution and started working for equal rights.

It was around this time that Ziad Sabateen met Rabbi Menachem Froman.

Rabbi Froman, who passed away in 2013, was a “settler” and a founding member of Gush Emunim — a right-wing Orthodox Jewish group dedicated to the settlements and served as the chief rabbi of Tekoa in the West Bank.

He was also a peacemaker and negotiator with close ties to Palestinian Arabs leaders.

For Sabateen, meeting with Rabbi Froman and being invited to his home, helped dispel the stereotype that Religious Jews are extremists and troublemakers. He eventually became uncomfortable even with calling them “settlers” — a pejorative term, preferring to refer to them as either neighbors or residents. With Rabbi Froman, Sabateen became among the first to promote interaction and cooperation in Judea and Samaria.

In 2014, a year after the death of Rabbi Froman, a new group was formed by Inon Dan Kehati, of which Sabateen is a member: The Home.

The Home, registered as an NGO since 2015, defines itself as:

a Jewish-Israeli-Arab-Palestinian platform which is open to every community all over the Holy Land in its entirety, in order to develop and promote an inclusive discussion, inter-communal action and political progression intended to provide the residents of the land with the security, dignity and freedom which each individual deserves in their own home.

The Home is all about trust-building.

The group is a grassroots organization, working on the inside, with the people who are directly and personally affected. They see many of the problems being caused by outside interference and by the money coming from the United States and the European Union, with those living in the land paying the consequences. They point to the money going to the Palestinian Authority and disappearing and the money Iran sends to Hamas. Palestinian Arabs see the corruption.

While The Home does not want outside interference from those who are not Jewish or Palestinian and living in the land, others are welcome to support their efforts but have no say in the decisions they make.

The Home works on joint programs that generate goodwill between Israelis and Palestinian Arabs — programs such as Cleaning The Hate, where everyone joins together to pick up garbage in Jewish and Arab communities. It seems like a small thing, but the key is the goodwill generated by working together for a common good that focuses on the common perception of the holiness of the land. They become more accepting because of their commitment to the land.

That is not to say that the rest are against the group per se, but they do not currently support it.

Kehati explains this as a problem of perception, that because he works with the Arabs, some see him as some kind of lefty — which makes him suspicious in their eyes.

At this point, The Home is not even considered to be a small player among those who present other options to the One-State and Two-State Solution. They are not considered by the others as being either on the left or the right, though The Home would like to be considered both. They do not see themselves as part of the “Peace Industry,” nor are they interested in sitting together singing kumbaya and eating hummus – they want real discussion among the actual people who represent their identity.

In concrete terms, the mission is to restore Israeli sovereignty over all of Judea and Samaria and Gaza, creating a federal structure providing the Palestinian Arabs and all residents with both equal human rights and political rights. Human rights include freedom of movement, to study where you want, work where you want and live where you want, such as in the big cities. Palestinian Arabs in Bethlehem could live in Jaffa, Haifa, Acco and Jerusalem — just as a Jew in Tel Aviv would have the choice to live in Hebron, Bethlehem and Ramallah. Political rights include the right to vote for the Knesset.

Because there are between 1.5 and 2.5 million Palestinian Arabs in Judea and Samaria  who have no familiarity with a Democratic system of government, there would be 3 options:

The idea is to create the potential to start to integrate Palestinians into Israel not as enemies but as contributing members and tie their destiny to Israel.

It is a long-term idea that has the benefit of involving the people who will be directly affected by the plan, bypassing the politicians — both in Israel, the territories and in the West — who do not have to deal with the consequences of their actions.

Maybe now is not the time for such a plan, but at the very least it is the start of an idea that can grow to something bigger.