While there’s no inherent relationship between “progressive” thought and Israel-bashing, one-sided attacks on Israel and its legitimacy are a staple of some self-styled progressive publications.

The New York Review of Books, for example, was cited in Alvin Rosenfeld’s essay implicating “segments of the intellectual left,” including some Jews who call themselves “progressive,” as sharing with the far right and radical Islam an “emphatic dislike” of Israel. Rosenfeld, a professor of English and Jewish studies at Indiana University, was referring specifically to an article by Tony Judt, whose “emphatic dislike” drove him to call for the end to the Jewish state.

It is both shocking and telling that well before Iranian President Mahmoud Ahmadinejad made his infamous call to “wipe Israel off the map,” it was Judt and the New York Review encouraging an end to the Jewish state.

But delegitimization of Israel is sometimes less overt and direct. In a recent issue of the biweekly magazine, Joseph Lelyveld, the former executive editor of The New York Times, takes a slightly more roundabout route. His review of Jimmy Carter’s widely criticized book Palestine Peace not Apartheid emphasized two main problems.

One is merely a complaint about style: “The former president’s peculiar combination of rectitude and starchy pride can be a little irritating,” he says. The other complaint is much more striking, especially coming from someone who was until recently at the helm of one of America’s most influential newspapers.

It’s not easy to establish yourself as more extreme an Israel-basher than Jimmy Carter, but Lelyveld does so by borrowing from the former president his main techniques of argumentation: distortions, lies, and ignoring or minimizing Israel’s legitimate security concerns.

Obviously, apartheid had plenty to do with racism but land was also at the heart of the South African struggle. … Under the Group Areas Act, for instance, more than two million blacks and other nonwhites were forcibly moved from what were sometimes called “black spots” in areas designated as “white” to remote settlements and tribal reserves that were rebranded as “homelands.” In the process, their lands and homes were confiscated. Finally the denizens of the homelands were told they were citizens of sovereign states, that they were no longer South Africans. All this was in service of apartheid’s grand design.

With adjustments for the large differences in population size and land mass, it might be argued that land confiscation on the West Bank approaches the scale of these apartheid-era expropriations in South Africa. Jimmy Carter is well aware of the pattern of land confiscation there; he quotes Meron Benvenisti at length on the subject. But since he thinks apartheid in South Africa was all about race and not about land, he fails to see that it’s precisely in their systematic and stealthy grabbing of Arab land that the Israeli authorities and settlers most closely emulate the South African ancien régime.

Apparently aware that a straightforward comparison of Israeli policy in the West Bank to the race-centric policies of apartheid South Africa would fail to convince most readers that the two have much in common, Lelyveld instead resorts to a highly misleading juxtaposition. He sets up the comparison by discussing the forcible transfers of blacks into “homelands” and the revoking of these residents’ South African citizenship. But why? He makes no such claims about the West Bank, and for good reason – nothing of the sort has happened there. Unable to accuse Israel of these apartheid practices, Lelyveld apparently is trying to attribute to Israel guilt by juxtaposition.

Moreover, if land was “at the heart of the South African struggle,” as the article asserts, it was so only to the extent that land and race issues overlapped. Nonetheless, Lelyveld disingenuously unlinks South Africa’s apartheid land policies from its racist ideology in order to compare supposed Israeli land confiscation to that of the apartheid regime. (This would be akin to saying that laws of eminent domain in the United States have much in common with apartheid policy because both involve taking land.) 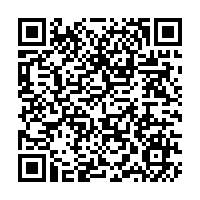