Israeli security authorities revealed last week that members of two Islamic Jihad terrorist cells operating in the Bethlehem region have been arrested. The terrorists had carried out “shooting attacks against Jewish civilians and IDF soldiers” in the area and were planning to murder Israel’s defense minister.

It was one of those announcements that will not make the Washington Post or Wolf Blitzer’s “Situation Room” program on CNN. But it should. Because we can all learn some very important lessons from this seemingly routine incident.

The Palestinian Authority leadership promised, in the Oslo accords, to disband all terrorist groups, seize their weapons, and outlaw them – in short, to put them out of business. How can it be that, 23 years after the PA took over sole control of Bethlehem, Islamic Jihad still has active terrorist cells in and around the city?

There’s no doubt the PA has the means to do the job. The PA has one of the largest per-capita security forces in the world. Yet the PA never outlawed Islamic Jihad. It has never made a serious effort to capture its members or seize its weapons. The PA treats the terrorists in the areas under its control like brothers and allows them to operate freely.

Even The New York Times, longtime cheerleader for the PA, has occasionally conceded that terrorists roam free in PA cities. On March 23, 2014, the Times reported that Israeli troops were forced to enter the Jenin refugee camp in pursuit of terrorists because although Jenin is under the “full control” of the PA, “the Palestinian [security forces] did not generally operate in refugee camps.”

Lesson 2: Terrorists who are released tend to return to terrorism.

The leaders of both Islamic Jihad cells were previously imprisoned by Israel but then released. Awad al-Askara had been behind bars from 2015 to 2017. Mahmoud Ali al-Askara “had been imprisoned twice for Islamic Jihad activity and involvement in preparing an IED and planning an attack against IDF forces,” the announcement revealed.

Israeli security officials were recently quoted in the press as saying that 420 of the 1,027 terrorists – more than 40 percent of them – who were set free in the 2011 Gilad Shalit deal have already returned to terrorism. That’s just the ones they know about so far, and it doesn’t include those who have taken a few years off but will resume their terrorism later. So the actual final number is likely to be even higher.

Israeli authorities revealed that “one of the motives for the activity of one cell member, similar to other young people in the Bethlehem area, was to be arrested in order to receive prisoner payments from Islamic Jihad.”

The financial rewards don’t stop there. After he completes his sentence, the terrorist who was imprisoned for one to three years receives an additional grant of $1,500. The size of the grant increases according to the length of his sentence. Let’s say a terrorist murders someone, is sentenced to life in prison, but then gets out in a prisoner exchange. The PA gives him a grant of $25,000.

And terrorists can rest assured that if they are killed while trying to murder Jews, their families will be rewarded by the PA. The family of an unmarried terrorist who is killed receives $100 monthly. The widow of a terrorist receives $250 each month, for life.

Lesson 4: The experiment in Palestinian self-rule has failed.

The Bethlehem terrorists were connected to terror groups in Gaza and expected to receive financial and other assistance from their Gaza colleagues, Israeli authorities said. According to the announcement, this reflects “the recent and increasing efforts of Islamic Jihad and other terrorist organizations in the Gaza Strip to intensify operations in Judea and Samaria…. [There is a] growing trend by terrorists in Judea and Samaria to acquire financing, war materiel, guidance and sponsorship from sources outside Judea and Samaria.”

For years, advocates of Palestinian statehood urged Israel to grant self-rule to the Arabs in Gaza. They claimed that if the Gazans were allowed to rule themselves, they would become peaceful neighbors since, surely, they would not want to risk losing their self-rule. It would be an experiment to see if giving them a fully sovereign state could succeed.

The tens of thousands of rockets and mortars fired from Gaza at Israel over the years should have been enough to demonstrate that the experiment was a colossal mistake. But if anybody still needs convincing, here’s more proof. Instead of living quietly and peacefully under their own regime, the Gazans are busy trying to organize the murder of Jews in Judea and Samaria. It’s time to admit the experiment has failed. Palestinian self-rule is an active threat to the lives of Israelis, and Palestinian statehood would constitute a threat to Israel’s very existence. 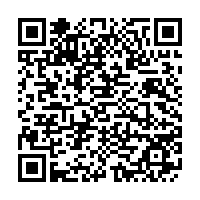