Fox News Network has become a favorite target of leftists who, in all their impotent rage, like to ascribe sinister motives to what they see as a staunchly conservative news channel. An entire documentary, “Outfoxed,” has been devoted to the idea that Fox News is part of some right-wing cabal.

Liberals are particularly fond of mocking Fox’s claim to be “fair and balanced.” Of course, if you’re part of a crowd that considers The New York Times to be conservative, your frame of reference is going to be just a tad bit skewed.


Actually, for those who once had hopes that Fox News would actually fulfill such paranoid fantasies, the network has been a major disappointment. Fox is certainly a cut above the competition, but as far as providing a real alternative to the liberal agenda of the mainstream media (MSM), many viewers are still waiting.

The problem with Fox is that it has become just a little too fair and balanced. Where else can you catch such luminaries of the Left as Katrina vanden Heuvel, David Corn, and Eric Alterman on a regular basis? You hardly see these people on television, yet Fox has apparently decided to give the entire staff of the far-left Nation magazine a platform to spew their anti-American invective. The more moderate Juan Williams, Mara Liasson, and the annoyingly plastic Flavia Colgan are also part of Fox’s liberal stable of commentators.

Indeed, every show has to have a liberal guest or two on the panel, lest Fox be accused (horror of horrors) of being conservative. But is Fox so busy trying to present both sides that it’s neglecting its conservative fan base? After all, liberals still dominate the MSM and already have more than enough outlets for their talking points. Rather than providing a true alternative, Fox seems to be following suit.

In its daily news coverage, Fox News essentially presents the same stories one sees elsewhere. While news is news, the media literally shape our view of reality by deciding which events to focus on and what slant to give the coverage. As such, Fox does little to differentiate itself from the crowd. Often, the network goes so far as to give voice to the canards making the rounds of the liberal media. For instance, in the wake of the tsunami disaster, when the UN and assorted Democrats were characterizing U.S. relief aid as “stingy,” Fox, like its mainstream media counterparts, wasted an entire week on what was essentially a non-story.

Fox does this all the time when, instead of simply reacting to the left’s agenda, it should be putting forward an agenda of its own.

The Democratic Party is out of power and on the decline, yet Fox News, like the other media outlets, spends an inordinate amount of time discussing how the party might revive its dwindling fortunes. The blowhard blather of Ted Kennedy and Joe Biden, not to mention the perpetual petulance of Barbara Boxer and Nancy Pelosi, are treated seriously. No one at Fox asks the hard questions when such guests are on the hot seat; instead they engage in the usual scripted interviews. Utter nonsense, such as criticism of President Bush’s inaugural address for being “too lofty,” is treated as actual news rather than as simply the latest whining from Democrats.

Fox is also out to lunch when it comes to those issues on which neither party is rising to the occasion – the growing alarm over illegal immigration being one of them. Over at CNN, Lou Dobbs stands alone with consistent and unflinching coverage of this growing crisis. Colorado Republican Congressman Tom Tancredo, who’s become a popular figure among conservatives for his dedication to this issue, is a frequent guest on Dobbs’s show, but rarely appears on Fox. 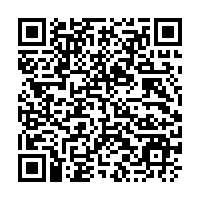