Before March 17, 2019, Omar Abu Laila was just an ordinary unknown 19-year-old Palestinian.
Now he is a Palestinian symbol and hero. Why?

This could have been the end of his story, but it wasn’t. Within just two weeks after he committed the murders, PA President Mahmoud Abbas and Fatah had already turned murderer Omar Abu Laila into the newest symbol and role model for Palestinians.

This is how they did it.

Just three days after the terrorist was killed, Abbas’ deputy chairman in Fatah, Mahmoud Al-Aloul, publicly declared him the new role model for young Palestinians, “We are extremely proud. This is Omar Abu Laila, who implemented his choice… through which he represents all of you, represents all young Palestinians.” Fatah then posted the video of Al-Aloul on its official Facebook page to give it wide exposure, especially for Palestinian youth.

The next day, Fatah announced the decision by the municipality of Brukin to name a street and a square after the murderer. To highlight the importance of honoring the killer, Fatah posted on their Facebook page a photo of the decision and signatures of each of the members of the town council. The council’s declaration stated, “In order to glorify the heroism of Martyr Omar Amin Abu Laila, the town council has decided to name the main street leading to Omar Abu Laila Square… Omar Abu Laila Street.”

The mayor of Brukin, a town in the murderer’s home district, explained that they named the street after the murderer to “perpetuate the memory of our righteous Martyrs,” and that the decision emanated from the “pride of the town of Brukin.”

By now, Fatah had already erected a monument adorned with the terrorist’s picture and the Fatah logo, declaring him a martyr, “Martyr Omar Abu Laila from Al-Zawiya, who died as a Martyr on the land of Burkin.” This was also posted on Fatah’s official Facebook page.
In addition to these secular symbols, the village of Abwein also named a mosque after the terrorist. At a rally in the village, Fatah’s Ramallah district secretary announced the naming of the mosque, saying Palestinians had gathered “to emphasize the continuation of the Palestinian people on Martyr Omar Abu Laila’s path in defying the occupation.”

At that same Fatah rally, two Fatah members also glorified murderer Abu Laila in a speech that included words as if they were spoken by him, “I’m the one who confronted [the Israelis]… who carried a knife and a gun… who frightened the enemy soldiers.” It ended with a promise to the murderer, “We are following in your footsteps.”

Two weeks had not yet passed from the day Abu Laila murdered two Israelis, and the PA and Fatah had turned him into the newest Palestinian symbol and role model by naming a street, a square and a mosque after him and erecting a monument in his honor! Fatah held a rally to sing his praises, and Abbas’ Fatah deputy secretary announced that the killer “represents all young Palestinians.” And most significantly, reports of these events were publicized in the PA’s official daily Al-Hayat al-Jadida, PA TV and Fatah’s official Facebook page.

This is a classic example of how the PA and Fatah motivate Palestinians – and particularly the youth – to carry out terrorist attacks and to kill Israelis. They show Palestinians that terrorism is the fast track to fame. If you kill Israelis, you will have streets and mosques named after you, monuments erected in your honor and masses will participate in rallies to express their admiration. You will be the newest Palestinian hero.

How ironic that at the very same time that Fatah and PA showed their infatuation with this terrorist murderer, Mahmoud Abbas was receiving students from Harvard University and telling them that the PA rejects terrorism. “We will not choose a path other than negotiations,” he said. “We made agreements with 83 states in the world… on one issue: the war on terrorism in the world, terrorism in all its forms.”

PA policy has always been to present a message of peace to foreign audiences, but a different one endorsing and encouraging terrorism to its own people. The international community, as well as Israelis who regularly meet with Abbas, should stop listening to what Abbas tells them and instead look carefully at how Abbas’ PA and Fatah turned an unknown teenager into a Palestinian symbol and role model in less than two weeks, solely because he murdered two Israelis. It shows that no matter what they preach to Israelis and foreign audiences, the PA and Fatah continue to support terrorism.

Nan Jacques Zilberdik is the senior analyst at Palestinian Media Watch, www.palwatch.org and co-author with Itamar Marcus of Deception: Betraying the Peace Process. 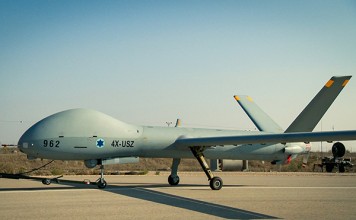 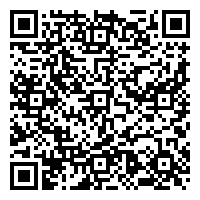